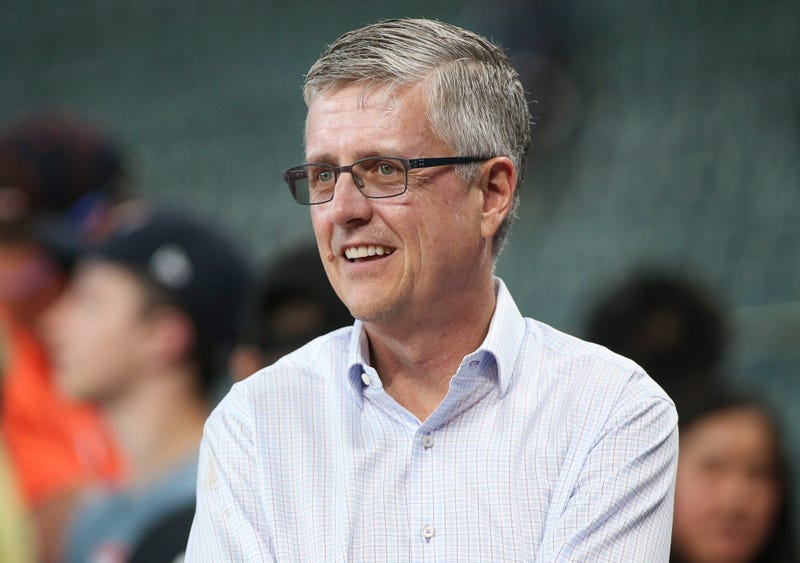 Lee was ranked 173rd by Baseball America and 119th by MLB.com in their pre-draft prospect rankings. The Astros, picking 32nd overall in Monday's draft, was the lowest they've ever drafted as a franchise, new territory for a franchise that has picked inside the top 17 since the 2011 draft.

Houston made Lee, a junior at Cal, the third catcher off the board in the first round.

According to Baseball America, Lee, 6'1 and 205 pounds, projects to be a "solid backstop with natural arm strength and a breakout offensive season with power."

The Califonia native, Lee, caught all 50 games this season for the Golden Bears, threw out 12 of 15 would-be base stealers this season while hitting .338, posting a 1.045 OPS in 198 at-bats. Lee tied first baseman Andrew Vaughn, who was drafted third overall by the Chicago White Sox, for the team lead in home runs with 15.

Astros GM Jeff Luhnow said the Astros were pleased to have Lee available so late in the first round, “We are very excited about this selection, really feel like this is the right combination and package for us. A player that can move quickly and impact us in short order in next few years. He's a great defensive player and can hit. This is the guy we identified and who we wanted."

In the second round Monday night, the Astros selected Ole Miss shortstop, Grae Kessinger 68th overall. Kessinger, 6'2 and 200lbs was ranked 128th overall by MLB.com in their pre-draft prospect rankings. According to MLB.com, "the junior shortstop has strong instincts and positioning at short, and has improved at the plate as evident by his .405 average as a junior."

Kessinger, comes from a baseball family. His grandfather Don Kessinger, played 16 years in the big leagues and was a 6-time all-star shortstop/second baseman during the 60's and 70's for the Cubs, Cardinals and White Sox.

Kessinger is hitting .332 with 5 home runs, 47 RBI and a .427 OBP on the year and is still playing baseball this season as his Ole Miss team is hosting Arkansas in the Super Regional this weekend.

The MLB Draft resumes Tuesday with rounds 3 through 10, while rounds 11 through 40 will be held Wednesday.

NOTE: A total of 7 players from Texas schools (college/HS) were drafted in the first round Monday evening, including San Jacinto Junior College ace Jackson Rutledge (6'8 250lbs), who had a break out campaign as a sophomore at San Jacinto in 2019, compiling a 9-2 record with a 0.87 ERA in 13 games, while striking out 134 in 82.2 innings.