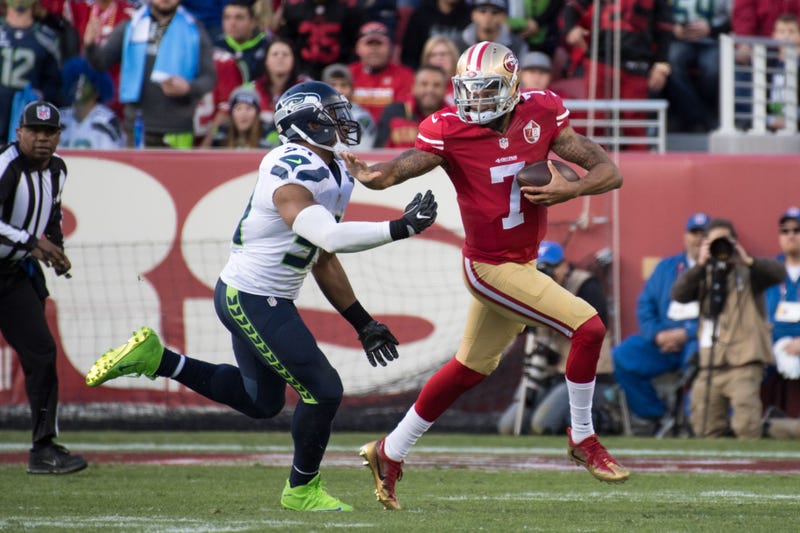 November 13, 2019 11/13/2019 11:34 pm
HOUSTON (SportsRadio 610) -- When news broke Tuesday of exiled quarterback Colin Kaepernick being invited to a league-wide workout in Atlanta after not playing in nearly three years, Texans wide receiver reached out to him to make sure it was true.

Stills seemed skeptical of the move when asked about it Wednesday.

He hasn't had much time to think about it since he's preparing for a road game against the 7-2 Baltimore Ravens.

But there has been plenty of time for individual teams to bring Kaepernick in for an individual workout.

Why the spectacle with possibly all 32 teams in Atlanta?

"I haven't really had much time to think about it," Stills said. "I mean, you never really know. Right now, just how it looks, how things play out. Teams could have easily brought him in for a one-on-one workout. So I don't know what's going on, if it's some type of media circus or what they're trying to do by doing this.

"You never know. I haven't had enough time to look into it, so I can't really say."

Kenny Stills said he reached out to Colin Kaepernick to see if the NFL tryout is real. Stills is still trying to figure out what to make of it.“An individual team could have brought him in for a work out ... so I’m not sure if they’re trying to make this a media circus.” pic.twitter.com/8r08f7IKzy

Stills is one of several players who, like Kaepernick, became known for demonstrating against racial inequality and injustice by kneeling during the national anthem.

Kaepernick has not played in the NFL since Jan. 1, 2017. Some believe Stills was traded from Miami to Houston in the deal that brought over left tackle Laremy Tunsil largely because of his political differences with Dolphins owner Stephen Ross.

Stills continued to sit during the national anthem after arriving to Houston.

Also on SportsRadio 610
What Teams Could Have Interest In Colin Kaepernick?