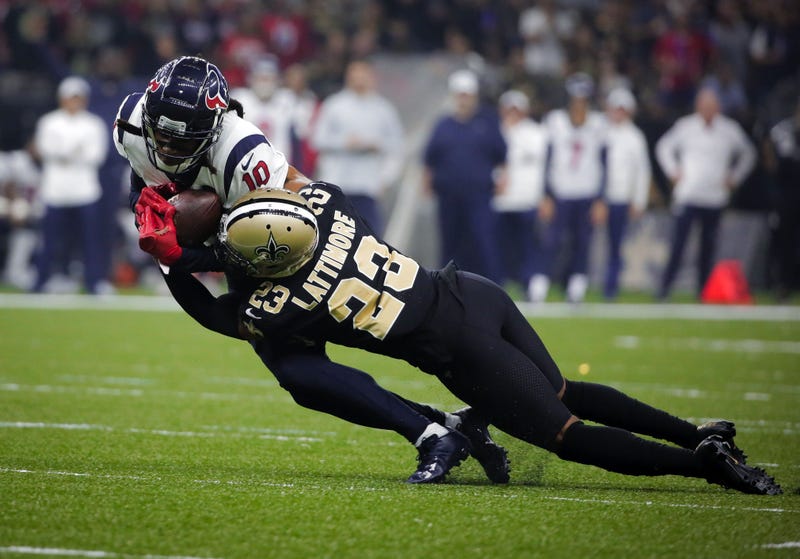 “We just have to get on the same page on a couple little things, but at the end of the day, it’s DeAndre being DeAndre.  Making catches, making plays and scoring touchdowns.  We’re going to continue to improve and grow and there’s really no limit on what we can do in this offense this year,” Texans’ quarterback Deshaun Watson told the media following Monday’s loss to New Orleans.

On a few occasions, the connection between Watson and Hopkins looked to be just a bit off.  Early in the game, Hopkins appeared to be frustrated in himself on a couple of passes that would have been very difficult to catch, but he felt he should have caught.

Hopkins, the two-time All-Pro, finished with eight catches for 111 yards and two touchdowns despite being followed by 2017 Pro Bowler, Marshon Lattimore, the entire night.