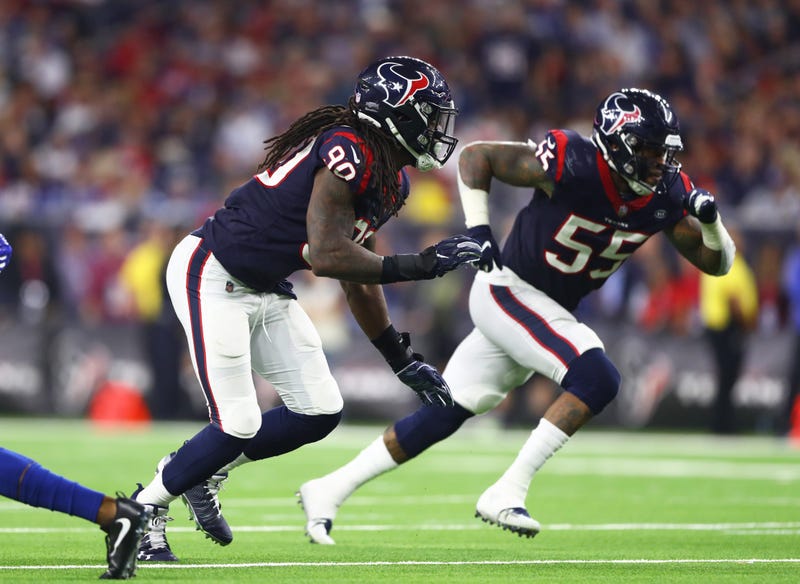 Over the last couple weeks, everything happening with the Houston Texans ON the field at training camp has been mere backdrop for one of the most bizarre (and now infuriating) stories in recent Texans history -- head coach and de facto general manager Bill O'Brien's harrowing and misguided attempts at trading Pro Bowl outside linebacker Jadeveon Clowney.

And as this all played out, as the Texans swung and missed for Miami Dolphins left tackle Laremy Tunsil by reportedly dangling Clowney and a first round pick this past week, as Clowney made it clear he would only sign the $15.9 million, one-year franchise tender if he were traded to a winning franchise, we said all last week the one thing that O'Brien COULD NOT DO was move Clowney for pennies on the dollar just for the sake of unloading him.

So, given how poorly O'Brien has handled the Clowney situation from the time they placed the franchise tag on the sixth-year former number one overall pick, it should come as no surprise that the deal they ultimately settled on was this -- Clowney to the Seattle Seahawks for OLB Barkevious Mingo, LB Jacob Martin, and a 2020 3rd round draft pick.

Pennies on the dollar, indeed. Pennies from hell. An absolute, abject, utter disgrace.

Unless the pieces O'Brien is bringing in from the Seahawks are ultimately part of a deal to get a VERY GOOD left tackle, this will go down as one of the most infamous days in the history of the franchise, a day where the kindling lit in June -- the firing of Brian Gaine, the botched pursuit of Nick Caserio, and the ceding of power to Bill O'Brien -- begat a full-on nuclear mushroom cloud a week before the regular season.

How can Bill O'Brien possibly think this is a good thing?

Hell, even the acquisition of a left tackle, if it were to happen (does anybody think it's happening?), can't change just how ham handed and amateurishly O'Brien played this whole thing.

Reportedly, Jadeveon Clowney was ready to play under the franchise tag in 2019, which would have been lovely.

Instead, O'Brien let the July 15 deadline for Clowney to do a long-term deal (with the Texans or ANY team) come and go, immediately degrading Clowney's value in a trade, and then allowed their relationship to deteriorate to the point where the two sides just couldn't coexist.

That is on O'Brien, who is paid to manage relationships, and that O'Brien's interpersonal skills are at the root in any way of a trade that noticeably negatively impacts the Texans' talent level should be terrifying to fans, the players in that locker room, and Cal McNair.

There will be more to unpack in the days to come, to be sure. (Hell, maybe more TODAY, who knows?)

The one silver lining in all of this -- unlike previous seasons, where the general manager makes a move like this and then goes into hiding (looking at you, Rick Smith, after unloading Brock Osweiler and trading Duane Brown... silent as a church mouse), the general manager here is the head coach. The head coach is obligated to face the music every week.

Texan fans deserve reasons, GOOD REASONS why they just traded their fourth best player for the NFL equivalent of a satchel of magic beans. They deserve details, not this "what's best for the team" tripe O'Brien likes to hide behind when grilled on these moves.