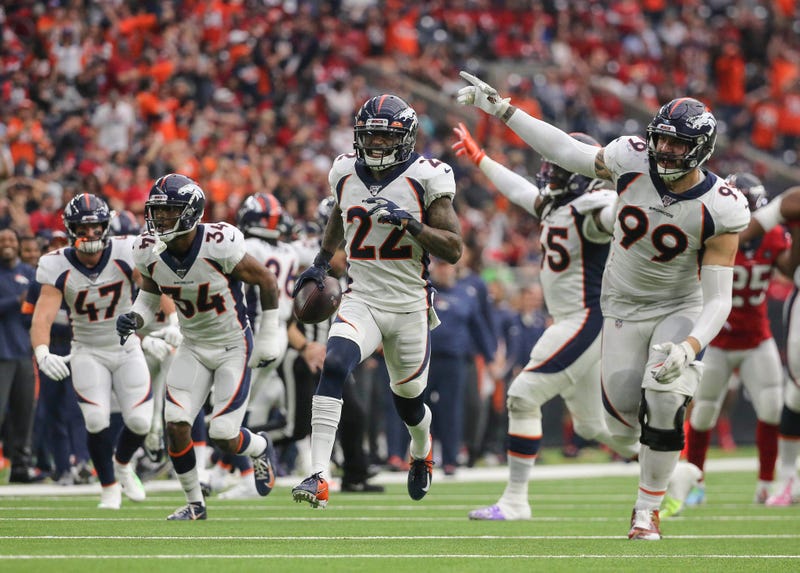 There seemed to be confusion as to whether the play was ruled dead, or whether it was even a catch at all.

Jackson took a lateral handoff from linebacker Jeremiah Attaochu, who recovered the ball, and returned it for a score.

Some of the players heard a whistle, and it was unclear whether Jackson was returning a live ball, O'Brien said.

"That was a weird play. The ball came out. The back judge said he was down. The rest of the officials let the play go. Somebody heard a whistle. The ball was scooped up by one of their guys, Akins had him in the grasp, he handed it to Kareem and he returned it for a touchdown.

"It was just a strange play. I mean, Laremy Tunsil chased the guy down field to try to catch up with him."

That touchdown helped the Broncos to a 14-0 lead in the first quarter. The Broncos led 31-3 at halftime and 38-3 before the Texans touched the ball in the third quarter.

The loss dropped Houston to 8-5 with a road game against the Tennessee Titans next Sunday for the AFC South division lead.