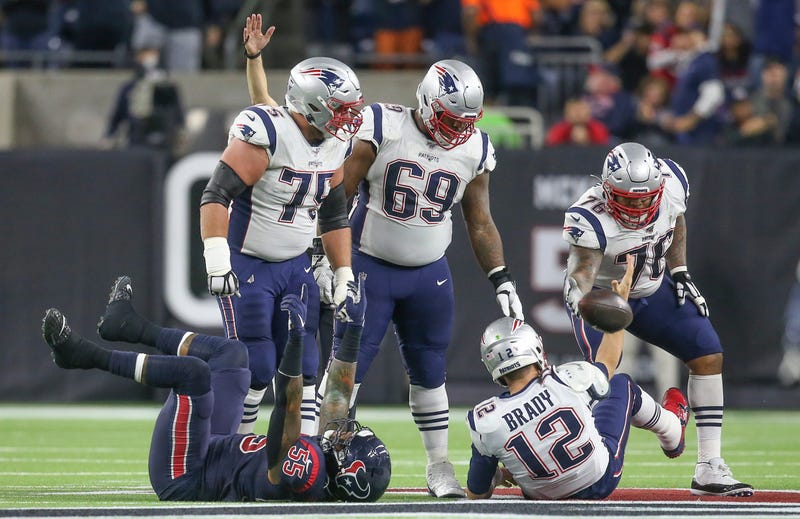 December 2, 2019 12/02/2019 12:39 pm
HOUSTON (SportsRadio 610) -- Before the Texans beat the Patriots on Sunday Night Football, outside linebacker Whitney Mercilus told reporters the pass rush and coverage would have to work in concert to get pressure on Tom Brady.

The Texans have struggled getting to the quarterback since losing J.J. Watt to injury against the Raiders on Oct. 27.

They had only five sacks in the next three games, and ranked last in the NFL with 3.3 quarterback hits per game in that time period.

In the win against the Colts, Houston’s defense hit the quarterback four times. The Texans only hit Lamar Jackson once.

D.J. Reader hit Brady four times, the most of any Texan. Martin got to Brady three times.

The Texans were finally able to rush the passer.

“He doesn’t want to get hit,” Mercilus said after the win. “He gets frustrated with his (offensive) line, allowing guys like us to get through. We were on him all night, just making him force that ball out, and make bad throws.”

Roby intercepted a bad throw by Brady in the first quarter that led to the Texans’ first score of the game, a lead they never relinquished. He later sacked Brady on a 3rd and 6 play early in the third quarter.

Cunningham and Martin had already teamed up to collapse the pocket on Brady at midfield on a 3rd and 7 in the second quarter. The play spoiled New England’s effort at denting Houston’s lead and the Texans defense held up again to end the first half.

“We have a good front,” Texans head coach Bill O’Brien said after the game. “We’ve got some decent depth there and I thought that those guys played hard. It wasn’t always pretty. They gave up some plays here and there. But they played hard and they played the next play, which is what we need to keep doing.”

Martin, who’d left the game with cramps, returned to sack Brady in the fourth quarter.

Martin is one of the main pieces from the Jadeveon Clowney trade to the Seattle Seahawks. He started in place of Brennan Scarlett, who was ruled out of Sunday's game with a shoulder injury.

"Obviously, this game is huge to win against the Patriots and Tom Brady," Martin told Clint Stoerner and Sean Pendergast on the Texans postgame show.

The Texans host the Denver Broncos next Sunday at noon. Houston holds a one-game lead in the AFC South.

The loss drops the Patriots to the No. 2 seed in the AFC playoff standings, behind the Baltimore Ravens.