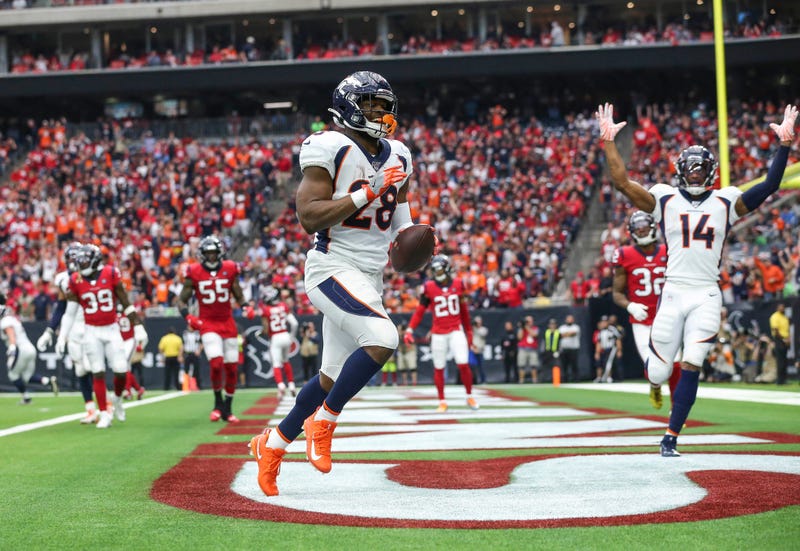 December 8, 2019 12/08/2019 9:16 pm
HOUSTON (SportsRadio 610) -- Just one week after beating the New England Patriots on Sunday Night Football, the Texans took a step back, losing in dominating fashion to the Denver Broncos.

The game was never close, though the Texans made a rally at the end for a 38-24 final score.

Houston fell behind 14-0 in the first quarter.

There was the 14-yard pass from Drew Lock to tight end Noah Fant. Then Texans wide receiver Keke Coutee fumbled a ball that was subsequently returned for a touchdown by former longtime Texan Kareem Jackson, who played against his old team for the first time.

It got worse for the Texans in the second quarter.

They gave up another touchdown to a Broncos tight end, this time an eight-yard pass play to Jeff Heuerman to put Denver up 21-0.

The Texans traded field goals with the Broncos before running back Royce Freeman scored on a three-yard pass from Lock, sending the Texans to halftime down 31-3.

Houston managed to outscore Denver 21-7 in the second half, but that was not nearly enough to make up for the first half deficit.

DeAndre Hopkins scored on a pass from Deshaun Watson and trotted into the end zone for a 43-yard pass play in the third quarter.

Watson scored on two runs in the fourth quarter, the first of which was an acrobatic leap from the three-yard line.

After Watson's second rushing touchdown, the Texans recovered an onside kick with less than 30 seconds left to play.

It was too little, too late.

The Texans travel to face the Tennessee Titans next Sunday in an AFC showdown for playoff positioning.