Here's a look at how the Patriots suffered their first loss since Week 15 of the 2018 regular season, and how the Dolphins won for the first time since pulling off a miracle victory over Tom Brady and the Patriots on Dec. 9, 2018: 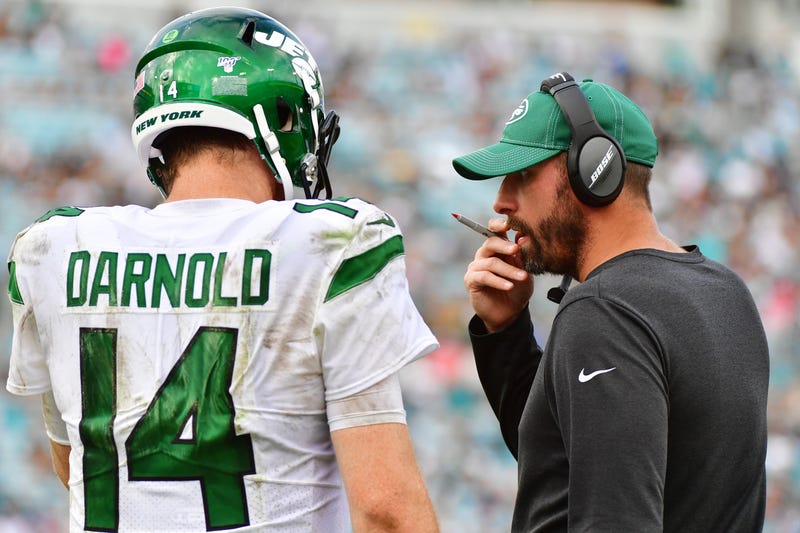 1. The Adam Gase Era Has Been A Disaster

It's not New York Jets head coach Adam Gase's fault that second-year quarterback Sam Darnold missed three games with mononucleosis in 2019. But just about everything else that's happened during his first season at the helm for Gang Green reflects poorly on Gase.

The Jets fell to 1-7 Sunday after losing 26-18 to a previously winless Miami Dolphins team that at times during the 2019 season has looked like the worst team in NFL history.

In the five games that Darnold has played in 2019, he's been picked off 10 times, as opposed to the six touchdowns that he's thrown. When he's been on the field in 2019, the 2018 No. 3 overall pick has failed to take the step forward that many expected him to in his second season.

Gase won a power struggle over former Jets general manager Mike Maccagnan in May, with one point of contention being Maccagnan's decision to sign Le'Veon Bell to a four-year/$52 million free-agent deal that guaranteed him $27 million. While there may be legitimate arguments against guaranteeing a running back that much, Bell has been one of the game's elite weapons this decade and is still only 27. Yet he's only averaging 3.4 yards-per-carry in 2019, compared to a 4.3 yards-per-carry average in his career.

Those that thought the Jets were a dark-horse playoff contender entering the 2019 season certainly seem to have overvalued the talent on the Jets roster. But losing to a Dolphins team that was built to go 0-16 is inexcusable. If that wasn't enough, the fact that Gase coached the Dolphins the past three seasons added insult to injury. As the Jets enter the second half of their 2019 schedule, Gase's seat is scalding. 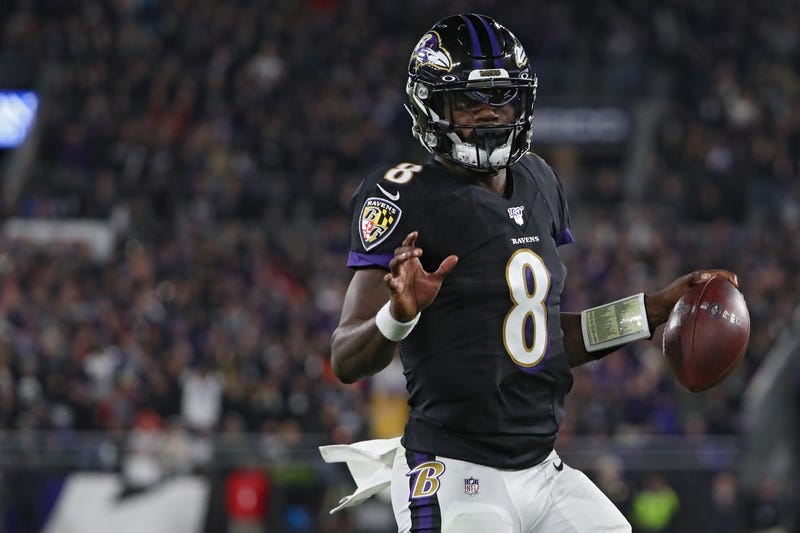 Here's a fun reminder - after an illustrious college career, Lamar Jackson was the fifth quarterback taken in the 2018 NFL Draft, with Baker Mayfield, Sam Darnold, Josh Allen and Josh Rosen all going ahead of him. While each of that quartet has struggled to varying degrees in their second season, Jackson has been electric, and now finds himself in the NFL MVP discussion with half of the Ravens season in the books.

Against a New England Patriots defense that had been historically dominant through the first eight weeks of the season, Jackson completed 17 of 23 pass attempts for 163 yards and a touchdown. He also ran for two touchdowns, as part of the 16 rush attempts for 61 yards that the former Heisman Trophy winner had on Sunday Night Football.

Make no mistake, Sunday's offensive explosion against the Patriots wasn't simply about Jackson. While Mark Ingram II did have a key fumble in the first half of Sunday's tilt with the Patriots, the 29-year-old also ran for 115 yards. Ingram - a former Heisman Trophy winner himself - is averaging 5.1 yards-per-carry in 2019, which is tied for the career high he set while playing for the New Orleans Saints in 2016.

Deshaun Watson was excellent for the Houston Texans Sunday in a blowout win over the Jacksonville Jaguars in London. Russell Wilson tossed five touchdowns in an overtime win by the Seattle Seahawks over the Tampa Bay Buccaneers. Despite a loss by the Green Bay Packers Sunday, Aaron Rodgers is having one of the best seasons of his Hall of Fame career. Christian McCaffrey has kept the Carolina Panthers in the postseason race in Cam Newton's absence. The NFL MVP race is crowded.

But Jackson led his offense to a 37-point performance against a Patriots defense that hadn't allowed 37 total points in their last four games combined. And all this from a quarterback that some tried to suggest should transition to wide receiver before his NFL career started. He didn't, and he finds himself in the thick of the NFL MVP race at quarterback. 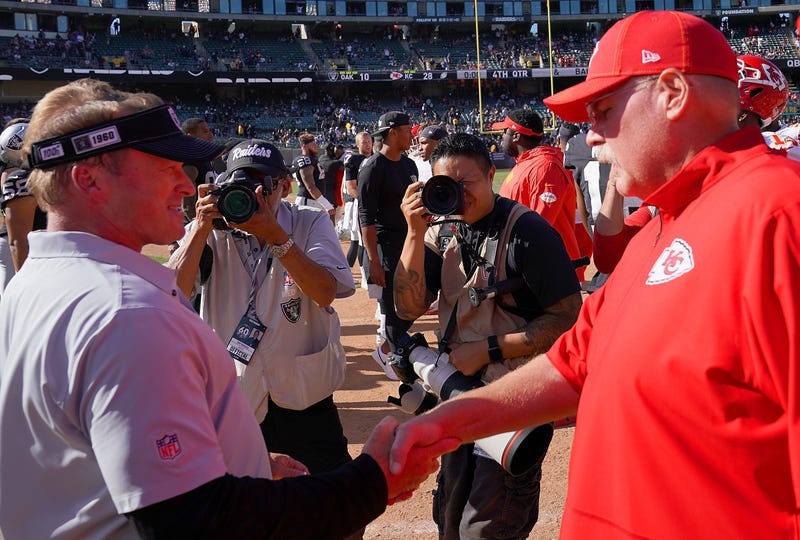 The NFL Coach of the Year Race Is Very Interesting

Don't let the NFL MVP race distract you - the most interesting award race in 2019 might be the NFL Coach of the Year.

While it can certainly be argued that Jon Gruden brought the most tumultuous preseason in NFL history on the Oakland Raiders, his team is surprisingly 4-4. The Raiders have firmly put the Antonio Brown saga in the rearview, and already have more wins than many expected they would the entire 2019 season.

Speaking of less-than-ideal preseason circumstances, Andrew Luck suddenly announced his retirement in late August. Not only has Frank Reich held together a team that had Super Bowl aspirations with Luck, but the Indianapolis Colts are just a half game back of the AFC South lead, and they have a win in hand over the current leader, the Houston Texans. Quarterback Jacoby Brissett is believed to have sprained his MCL Sunday, but if history is any indication, Reich will find a way to navigate around the absence of Brissett, if he misses any time.

Despite a surprising loss to the Los Angeles Chargers Sunday, the Green Bay Packers are 7-2 in Matt LaFleur's first season at the helm. A year ago, the team went 6-9-1.

John Harbaugh has worked to completely re-invent the Baltimore Ravens, who have become a dominant running team with Lamar Jackson under center. The Ravens, who lost four defensive starters in free agency this past offseason, are 6-2 after defeating the previously undefeated New England Patriots Sunday.

Matt Moore, who didn't play in the NFL in 2018, has tossed four touchdowns and zero interceptions in two-and-half games of relief for the injured Patrick Mahomes. If you needed a reminder of how good of a coach Andy Reid is, you've been reminded by the offensive performance of the Kansas City Chiefs without the reigning NFL MVP.

Oh, and Kyle Shanahan's San Francisco 49ers are 8-0. While it's a legitimate argument to say that Shanahan is an offensive-minded coach and the 49ers have leaned on a stout defense in the first half of the season, that's only part of the story. In addition to the No. 1 overall defense, the 49ers have the No. 2 ranked rushing attack in all of football. Like Mike Shanahan often did in Denver, Kyle has been happy to spread the carries around, with each of Matt Breida, Tevin Coleman and Raheem Mostert having rushed for over 300 yards.

It's possible that we're watching the tightest NFL Coach of the Year race in history unfold before our eyes.