As the calendar flips to a new year - and a new decade - the RADIO.COM Sports team came together to pick five athletes across all major American sports leagues that are likely to ascend to superstar status in 2020. Here are the selections: 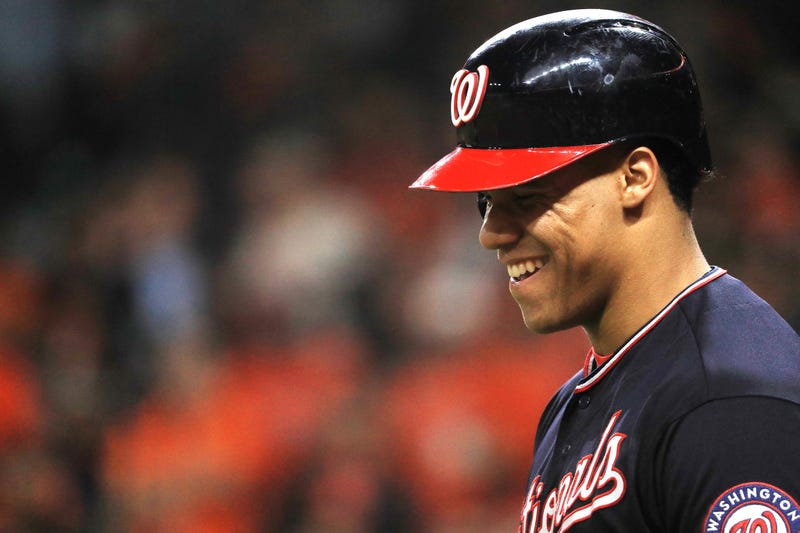 Hear me now and quote me later - the 21-year-old was just getting warmed up.

While it's fair to be concerned about whether teams will pitch around Soto with Anthony Rendon having left to sign with the Los Angeles Angels, their lineup will still include star shortstop Trea Turner, along with two potential breakout pieces - center fielder Victor Robles and second baseman Carter Kieboom. At the time of publication, the possibility also exists that the Nationals add former American League MVP Josh Donaldson. 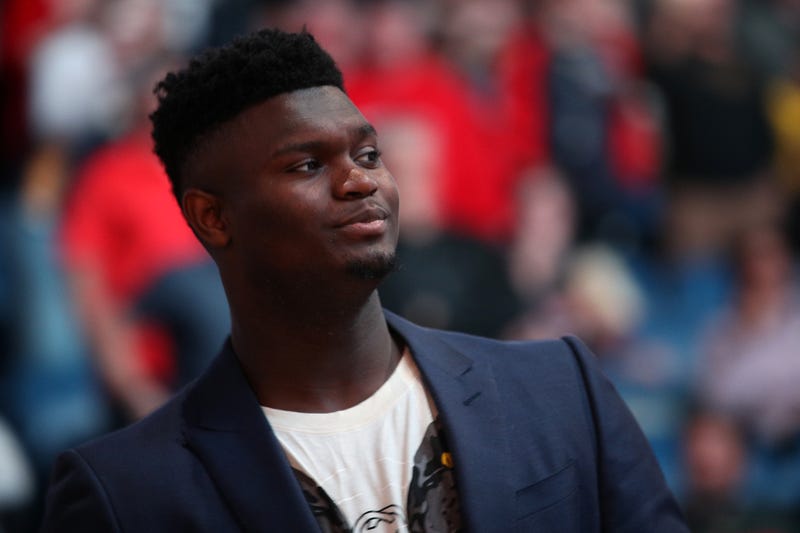 How dominant was Zion Williamson at Duke? He didn't play a single meaningful basketball game in 2019 after Duke was eliminated by Michigan State in the Elite Eight on March 30, and he still managed to check in on RADIO.COM's countdown of the 10 most dominant athletes of 2019.

The New Orleans Pelicans selected Williamson with the No. 1 overall pick in the 2019 NBA Draft, and he has yet to make his NBA debut because of a right meniscus tear that he suffered in late October. That makes him a pretty easy selection for this exercise, whether he plays in his rookie season or his debut is pushed back to the 2020-21 season. 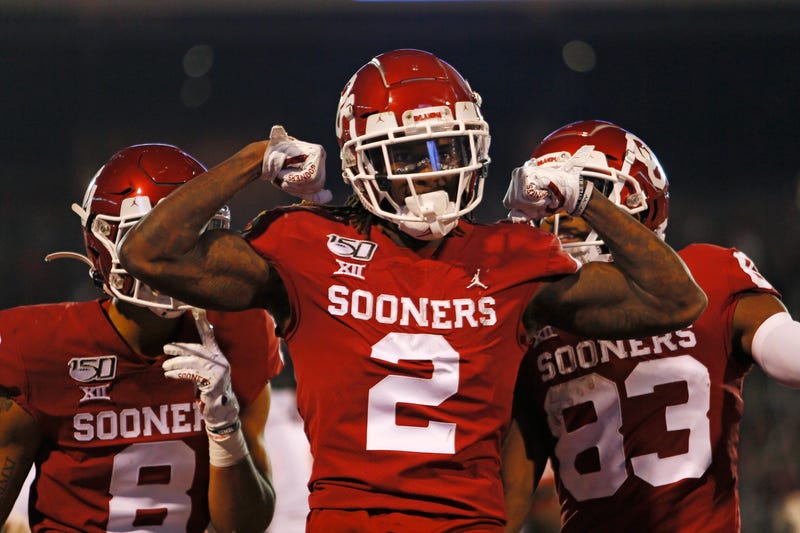 In his junior season at Oklahoma, Lamb hauled in 62 passes for 1,327 on a Sooners team that ultimately reached the College Football Playoff for the third consecutive season. Now, after finding the endzone 33 times in three seasons at Oklahoma, Lamb has declared for the 2020 NFL Draft, and is likely to join Baker Mayfield and Kyler Murray, two of his former college teammates, as top 10 picks.

Joe Marino of The Draft Network issued a glowing scouting report on Lamb, saying he is "one of the most natural receivers I have ever seen in terms of hands, ball skills and tracking."

Whether Lamb is the first wide receiver off the board in the 2020 NFL Draft or selected after Alabama's Jerry Jeudy, he has the chance to make an immense impact in the NFL immediately. He wouldn't look bad catching passes from the aforementioned Murray, Cam Newton, Derek Carr or Sam Darnold next season. 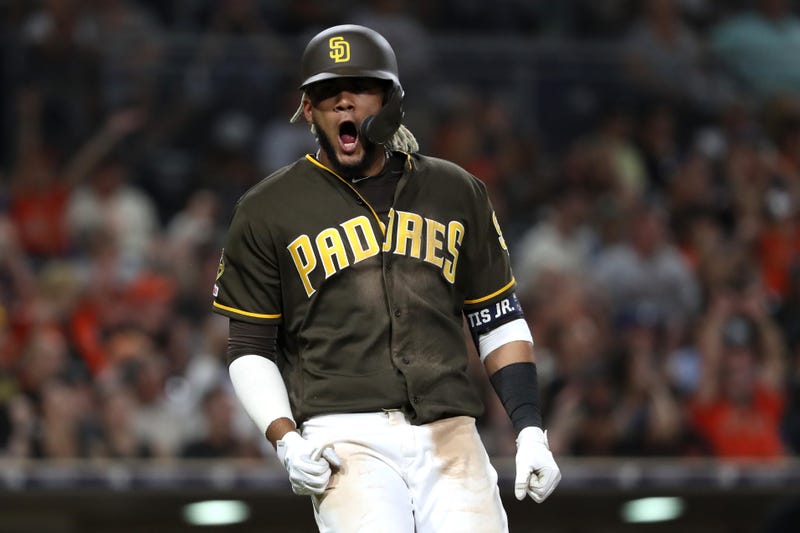 The San Diego Padres have a chance to have the most successful decade in the history of their franchise in the 2020s. Fernando Tatis. Jr., their electric 20-year-old shortstop, is a big reason why.

In 84 games in his rookie season, Tatis Jr. put up pretty staggering production. Baseball's former No. 1 overall prospect slashed .317/.379/.590 with 22 home runs, 53 RBIs, 16 stolen bases and a 3.6 fWAR. If you project those numbers out to a full 162-game season, not only would Tatis Jr. have challenged New York Mets' first baseman Pete Alonso for the National League Rookie of the Year Award, but he would have drawn National League MVP consideration.

It is worth noting that Tatis Jr. was on the Padres' Opening Day roster in 2019, so he theoretically had a chance to play a full season. However, hamstring and back injuries limited him to just over half of a full season. If anything could stunt his potential, it would be Troy Tulowitzki-type health.

The guess here, though, is Tatis Jr. will be one of the most dominant players of the decade. When you add in Manny Machado, Francisco Mejia, Chris Paddack and a stocked farm system, the Padres have a chance to win their first World Series title in franchise history this upcoming decade. 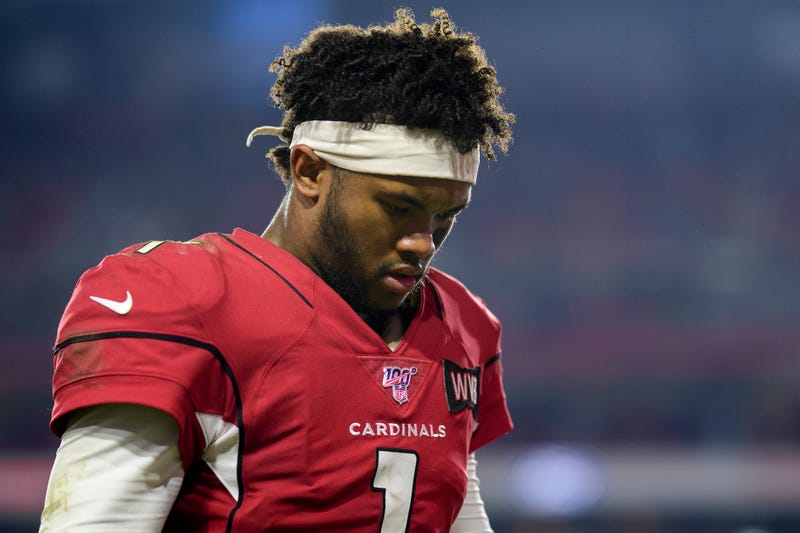 After being selected with the No. 1 overall pick in the 2019 NFL Draft, Kyler Murray didn't seem to have as steep of a learning curve as most rookie quarterbacks do.

In his rookie season, Murray tossed 20 touchdowns and threw for 3,722 yards. He was picked off 12 times, which is certainly an amount you'll live with from a first-year quarterback. Murray also added in 544 rushing yards and four rushing touchdowns. Concerns about his size were largely erased in his rookie season, where he looked similar to how Russell Wilson did early in his illustrious career.

While a 5-10-1 record may not indicate it, the Cardinals were vastly more competitive in 2019 under Murray and rookie head coach Kliff Kingsbury than they had been in 2018. Not only did they upset Wilson's Seattle Seahawks in Week 16, but the Cardinals played two close games with the San Francisco 49ers, the NFC's No. 1 seed, and one against the Baltimore Ravens, the No. 1 seed in the AFC.

The NFC West isn't going to become an easy division to navigate through anytime soon, but Murray flashed the potential to develop into an elite quarterback in 2020 and beyond in his rookie season.