One of my championship-bound rosters relied on Dalvin Cook and Chris Godwin throughout the regular season. And now, my championship roster features Breshad Perriman and Mike Boone as I straggle toward the finish line.

Let’s hope that your fantasy championships have a brighter outlook than mine. Take note of the following injuries, as every small detail can make or break your run for the gold.

Fantasy Impact: Breshad Perriman is a must-start in fantasy, as is Jameis Winston even without his top two targets (depending on who your backup quarterback is). Carlos Hyde isn’t a particularly encouraging candidate to lead your team’s rushing attack against a stingy Bucs’ rushing defense, but if you think you’ll need an explosive performance to carry you to an improbable win, Fuller is a very interesting candidate. 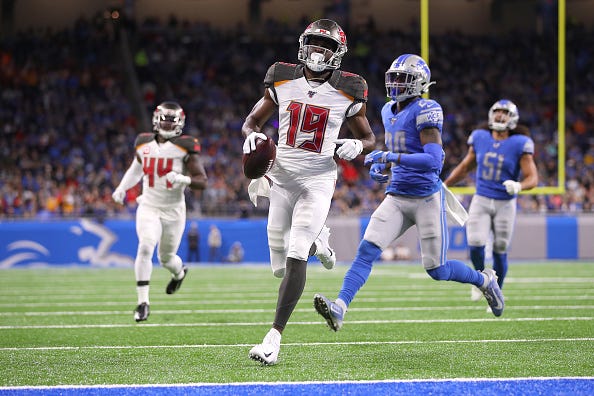 Fantasy Impact: Edelman is a tricky play against a good Bills defense, but one thing we can be fairly sure of is that he’ll take the field. Edelman is as tough as nails and doesn’t often miss time.

Fantasy Impact: None of the above should be in your starting lineups, even if they can play. The Steelers defense is too good.

Fantasy Impact: This doesn’t have a major fantasy impact, but the trio of Sterling Shepard, Golden Tate and Darius Slayton are all playable options this week against a vulnerable Washington secondary.

Fantasy Impact: If Samuel can go, he makes for an unreliable flex option. Look elsewhere for a better option. If he can’t go, D.J. Moore’s value rises.

Fantasy Impact: Gardner Minshew showed phenomenal chemistry with D.J. Chark earlier in the season, and it’s possible that they can rekindle that flame against the Falcons. However, he’s a risky play with a very low floor.

Fantasy Impact: Humphries’s injury doesn’t have much of an effect on what should be a good game.

Fantasy Impact: There aren’t any other candidates for fantasy rookie of the year than Jacobs, but he unfortunately won’t be able to build on a strong season as he sits in Week 16.

Fantasy Impact: Neither of these guys are starts you’d be happy with in a championship game. Fant hasn’t displayed any consistency, and the possible return of Kerryon Johnson puts a damper on Scarbrough’s floor and ceiling.

Fantasy Impact: Kirk practiced in a limited fashion on Thursday, very much leaving his availability up in the air. He’s worth a flex play should he be able to go in what may be a shootout.

Fantasy Impact: The Eagles offense is never fully healthy, and Jordan Howard may miss another week. Miles Sanders is then a solid RB2 play, while it’s hard to trust any wide receivers.

Fantasy Impact: Allen Robinson has been fantastic this year and is the only reliable Chicago Bears starter in fantasy football. 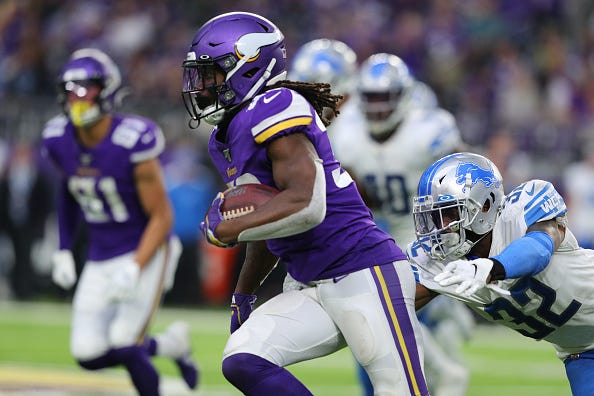 Fantasy Impact: Cook has officially been ruled out for this game, while his backup Mattison remains questionable after getting some work in on Saturday. Regardless of Mattison's status, Mike Boone is most likely the guy for the Vikings on Monday night.