(SportsRadio 610) -- Alex Bregman says he feels like he barely played baseball in 2020.

With challenges presented by the onset of a global pandemic leading to a shortened 60-game season, the Astros third baseman feels like it’s been almost two years since he really played the game.

So Bregman is looking to seize this moment, and made some changes in the offseason to hopefully improve his game. He added about 30 pounds to his frame and spoke Monday from spring training about getting right mentally, as well.

“I was super weak and fragile, not only physically, mentally,” Bregman told reporters Monday from the Astros’ spring training site in West Palm Beach, Florida. “I just felt weak all around. So I told myself in the beginning of the offseason that I’d taken the last six months off, so there’s no time off now. It’s time to get after it. I looked forward to getting in the gym right away and getting stronger. In my legs, I’m feeling strong and stable and able to hold positions in my swing. Mechanically, my front side was flying out. I wasn’t using my hands how I had in the past. It’s good to feel strong again, good to feel back to being myself. I’m looking forward to playing a great 162-game schedule.”

Bregman added that playing 162 games “just feels right” so doing that is exciting. Even though it was a disappointing season by Bregman’s standard, he reached base safely in his first 25 games, which extended to a 41-game on-base streak dating back to 2019.

There was also his nine-game hitting streak last August shortly before hamstring discomfort landed him briefly on the injured list.

“I don’t think anybody takes the game for a granted, but when you’re away from it and don’t get to play that full season, I think a lot of us had time to look back and reflect not only on last year, but our whole career and really just be grateful for being able to play the game we love, the game that we played since we were little kids,” Bregman said. “It helped us fall in love with the game all over again.”

Bregman also noted the Astros’ bullpen additions as something that should excite fans. And offensively, especially with Yordan Alvarez returning from knee surgery, “we’re going to be really, really good,” Bregman said.

“I’m looking forward to it. Can’t wait to get the big man back.” 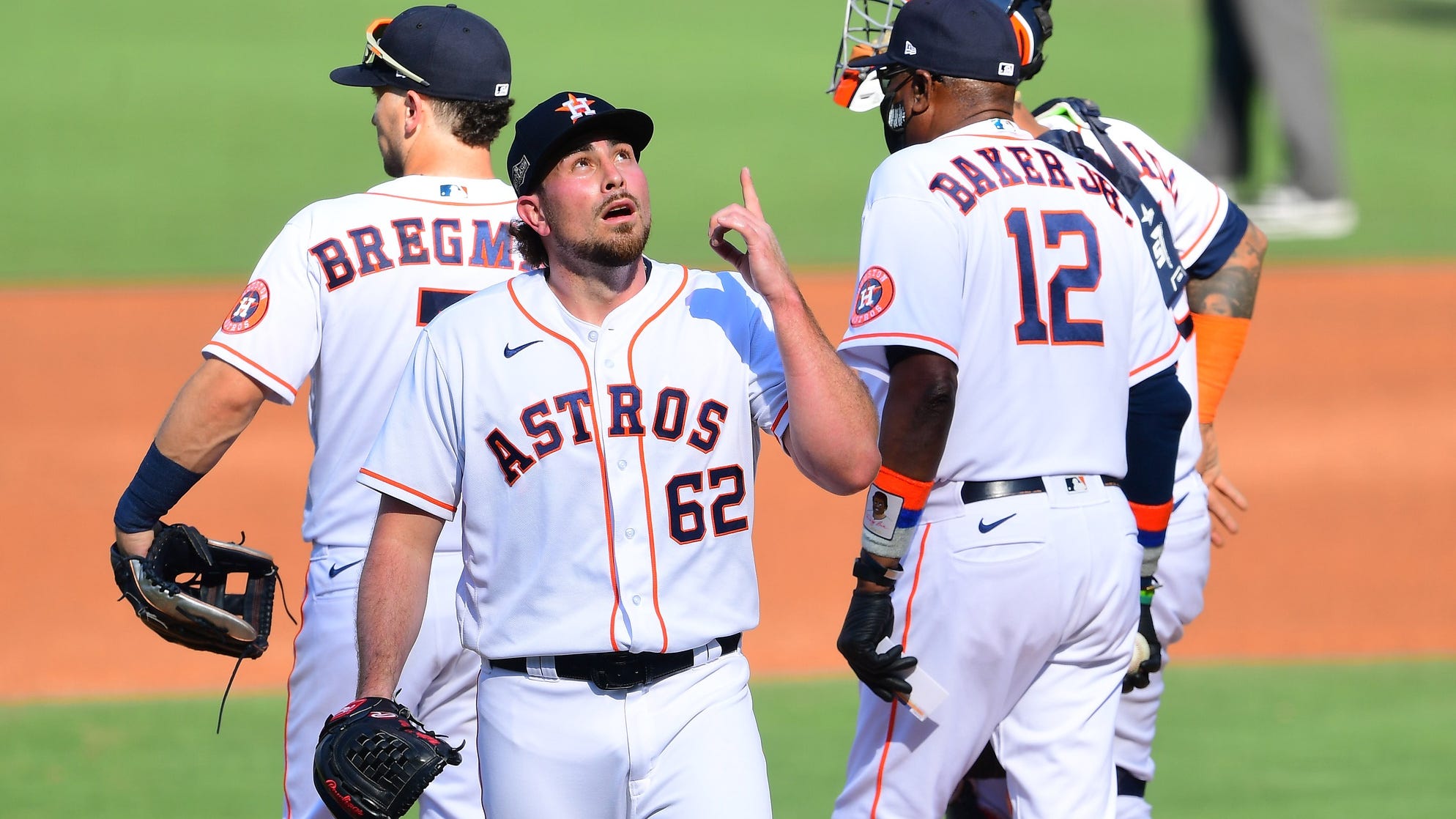