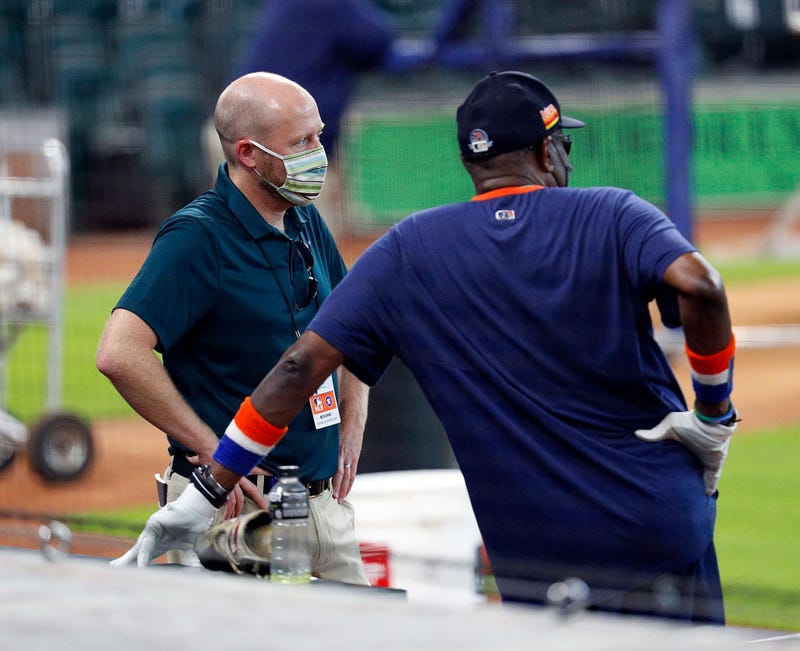 Astros manager Dusty Baker and general manager James Click were on the job for less than two weeks upon arriving in West Palm Beach for the start of Astros Spring Training last February, but as they begin their second camp in Florida, both men say their comfort level has grown immensely.

“Well, I don't know how comfortable everybody else is having me here in camp,” Click quipped on Thursday morning. “But as far as myself, it's certainly more comfortable than it was a year ago.”

Pitchers and catchers worked out for the first time on Thursday at the Astros complex and this time around Click can walk the hallways and not feel like a stranger.

“It's the little things just walking down the hall and knowing who most people are and what their jobs are. That was just a crash course for me last year.”

The Astros held their first workout with pitchers and catchers in 2020 on February 13. Click was hired 10 days before and Baker joined the team less than a week before that. Going into camp under those circumstances would be tough for anyone, but even tougher for two of the most important staffers in an organization.

Baker and Click did not have relationships with many players before arriving at spring training last year, Click said he had only met a handful in the week between his hire and arrival in Florida. That’s not an issue now, but it doesn’t mean things are business as usual.

“You’re used to creating a family atmosphere, but we’re in a situation where we have still yet to meet the family, so I'm hoping that this year gets back kind of normal, and in a hurry.”

The Astros will hold their first full squad workout on Monday, and their Grapefruit League opener is scheduled for February 28 against the Miami Marlins.