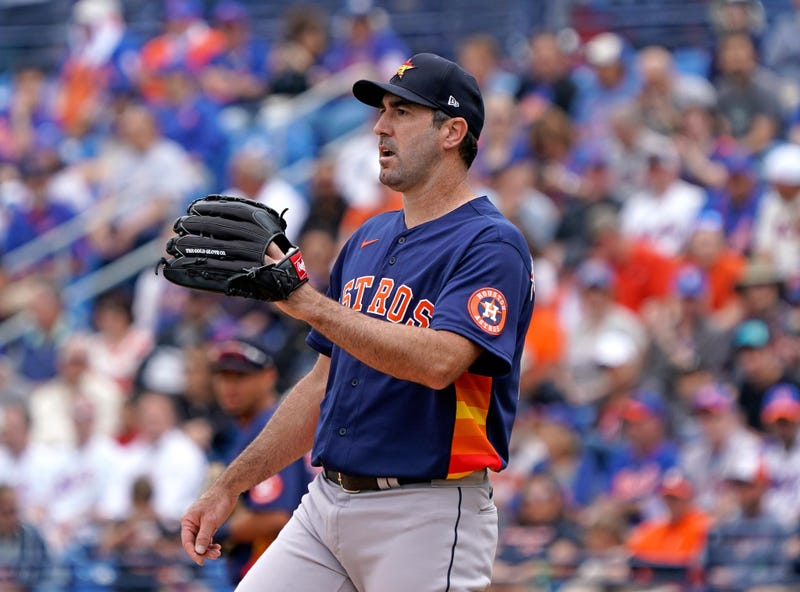 Justin Verlander and Astros general manager James Click discussed the possibility of the reigning American League Cy Young Award winner making his return to the mound on Monday in Seattle if all went well after his simulated game at Minute Maid Park Wednesday morning. All didn’t go well and Verlander announced Saturday morning he will undergo Tommy John Surgery.

“A couple days ago I felt something in my elbow,” Verlander said on Instagram. “After looking at the MRI and conversing with some of the best doctors in the world, we've determined that Tommy john surgery is my best option.”

No timetable has been given for when Verlander will have surgery, but it will knock him out of the 2021 season.

“Obviously this is not good news,” Verlander said. “I'm going to handle this the only way that I know how, I'm going to be optimistic, I'm going to put my head down work hard attack this rehab and hopefully come out the other side better for it.”

Wednesday was the first time Verlander faced hitters since he beat the Mariners on Opening Day. He was placed in the injured with a forearm strain, and in his quest to rejoin the Astros he suffered a separate injury which was revealed in an MRI.

“The consensus from the MRI was that it was a new injury that occurred during the sim game,” Click said.

“An MRI (Thursday) showed differences from what we saw in July and changed the prognosis and the diagnoses,” Click said.

The Astros starting rotation has held its own without Verlander in 2020. Entering Saturday’s game against the Diamondbacks the starters have compiled a 4.40 ERA, sixth best in the American League, and with Zack Greinke, Lance McCullers, Framber Valdez, Jose Urquidy, and Cristian Javier under team control for 2021 the team is in decent shape on that end.

“No one person can replace Justin Verlander,” Click said. “This is going to have to be a total team effort, and if everybody steps up a little bit, if your number two starter steps into a number one, number three into a number two, and on down the line. We can try to cover that a little bit. It's part of why we're so excited about the young arms that we've got. It's been exciting to see these kids step into these opportunities, and this is an opportunity for people to step up one of the big stage and show what they can do.”

As for Verlander, it’s possible the 2017 ALCS MVP has thrown his last pitch in an Astros uniform. He has one year left on the $66 million extension he signed before last season, so when he enters free agency, he will by 38 years old after having missed close to two full seasons, though Click wasn’t ready to travel down that road.

“It's way too early to speculate on anything like that. Our focus right now is making sure that he gets through this surgery and gets his rehab on track. We'll address that at a later date.”