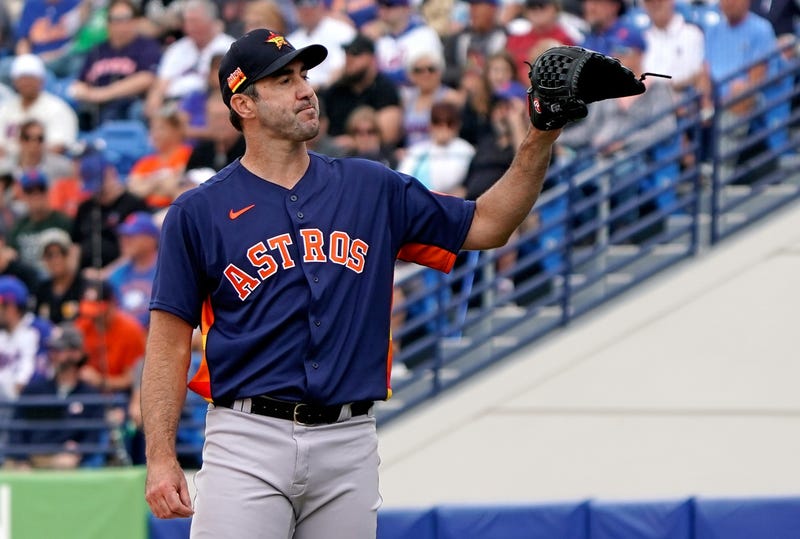 HOUSTON (SportsRadio 610)- Justin Verlander took a step closer to rejoining the Astros after throwing a 55-60 pitch bullpen on Saturday.

Verlander has been sidelined since beating the Seattle Mariners on Opening Day with a forearm strain. Initial reports said he'd be sidelined for the remainder of the season.

"He's been working his butt off," Baker said. "I'm sure knowing him he's trying everything he can to get back to help us."

If Verlander is able to return, Baker says it would be as a starter. The Astros would like him to make a regular season start, and ESPN's Buster Olney speculated he could start the team's game on September 24 in Arlington, which would line up the 2019 American League Cy Young Award winner to start the first game of the Wild Card Round.

"If things go well, there's no better starter around than him," Baker said. "It's like making a major trade again getting him back. "We're knocking on wood, keeping our fingers crossed that everything goes well and no setbacks, so we really don't have time for it."