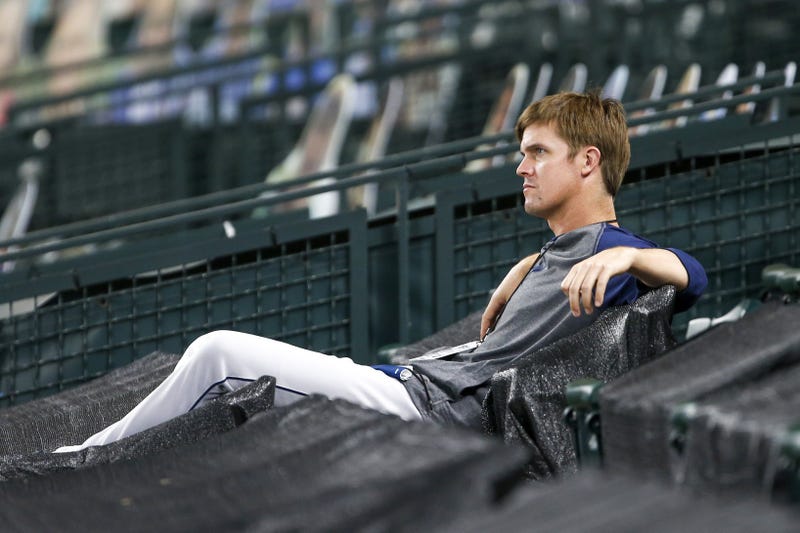 The Astros still don't know who they will play when the American League Wild Card Round starts on Tuesday, but they have decided Zack Greinke will be their starting pitcher.

Greinke followed up a poor start to the season with a stellar month of August, compiling a 2.19 ERA over six starts, but he finished the season with a poor September, going 1-3 with a 6.19 ERA. Tuesday will be the 17th postseason start of his career. He is 3-6 with a 4.19 ERA. He made five playoff starts last season and while he didn't win any, he gave up just one run in two of those starts, and held the Nationals to two runs over 6.1 innings in game seven of the World Series.

Astros manager Dusty Baker announced Lance McCullers is lined up to start a series deciding game three on Thursday in what would be his first playoff start since game 7 of the 2017 World Series, but game two is still up in the air.

The Astros options for Wednesday's game two would be right-hander Jose Urquidy, who would start on normal rest, or lefty Framber Valdez, who would be going eight days between starts.

"We got an idea and a plan," Baker said. "We just don't want to say yet because if we change our minds, you're gonna ask me 'How come?', so I'd rather not go into that until we put our heads together and until we see who we're playing."

As of Saturday afternoon the Astros, who are locked into the American League's six seed, could play the Oakland Athletics, Minnesota Twins, Cleveland Indians, or Chicago White Sox.