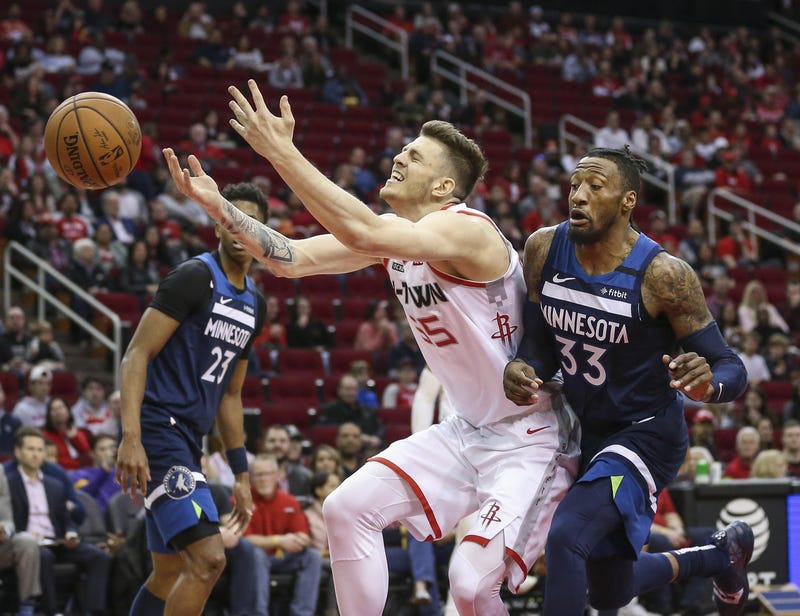 Hartenstein, 22, spent two seasons with the Rockets, averaging 3.1 points and 2.7 rebounds over 51 career games. The Athletic is reporting the second year of Hartenstein's contract is a player's option.

The Rockets drafted the seven-footer with the 43rd pick of the 2017. He spent the entire 2017-18 season with the Rockets G-League team in Rio Grande Valley. He was waived by the Rockets in June, prior the the NBA's restart.