Otto Porter was receiving a lot of interest form teams such as the Sacramento Kings and Brooklyn Nets prior to the 2017-18 season, but the Wizards matched the Nets' $106 million offer to bring back their then-fifth-year star. And though he began the first season of that four-year (with a player option) deal on the right note, recording career highs in scoring (14.7 points per game), rebounds (6.4) and assists (2.0), he wasn't going to stick around in D.C. for long.

He was moved to the Chicago Bulls in return for Bobby Portis and Jabari Parker after some early-season drama which may have peaked at a "volatile practice" and was viewed as a high-upside piece for a rebuilding Bulls team. Little did the Bulls know, however, that his potential floor was as low as his ceiling was high. The Georgetown product had a good start to his career in Chicago at the conclusion of the 2018-19 season but only played in 14 games the following year due to an injury that held him out from November to March.

So far throughout 2020-21, he's been fine. But he hasn't played up to his $28.4 million player option that the Bulls are paying him to be the backup forward that he is. He's making more than non-rookie-contract names like Brandon Ingram, Domantas Sabonis and Christian Wood, all of whom are players the Bulls (and Wizards) would most certainly have preferred to own for that same salary.

Fortunately for the Bulls, Porter's lucrative contract comes to an end at the conclusion of this season. Had this list been written two years ago, he would have been included in the top ten. But because we can forget about Porter's current deal in just a handful of months, we'll leave him off and instead look at ten players whose contracts will hurt their teams for some time moving forward. 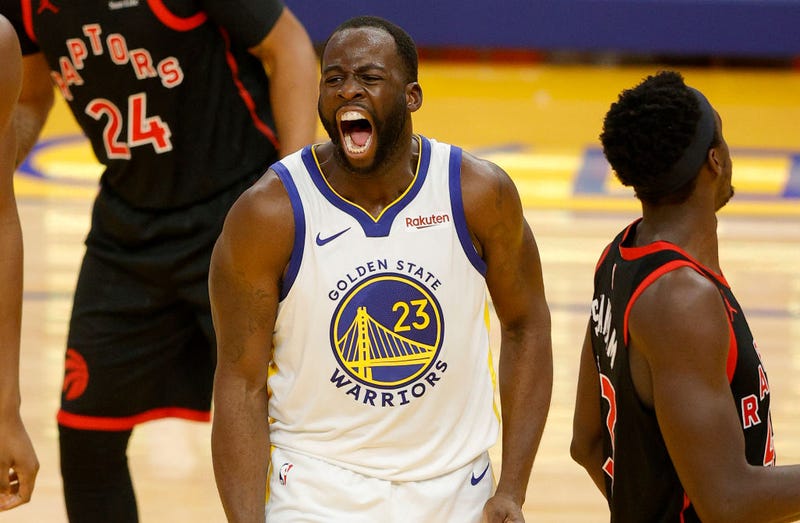 Draymond Green has been a rallying force for the Warriors, but has shown recent decline. Photo credit (Ezra Shaw/Getty Images)

Whereas just three years ago, Draymond Green was a legitimate triple-double threat on any given night — he averaged 11 points, 7.6 rebounds and 7.3 assists per game — the 2020-21 iteration of Green holds very little triple-double promise. He has scored in double digits exactly once this year, and it was a 10-point performance on 3-8 shooting. He has yet to grab double-digit rebounds. And though his passing skills are still there, he is at a -4.0 offensive box plus/minus, which is the lowest figure since his rookie year. His value over a replacement player (VORP)? Exactly zero.

You can't knock his defense, but you can knock the fact that he's set to make over $25 million the next three seasons, with a $27.6 million player option in 2023-24 that he's practically guaranteed to accept at this rate. 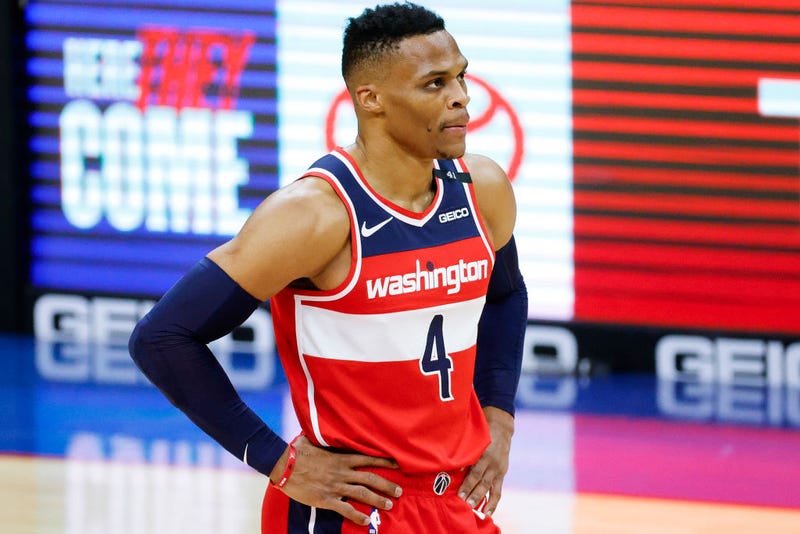 Russell Westbrook wasn't not going to get paid following his 2016-17 MVP campaign (31.6 points per game, 10.7 rebounds per game, 10.4 assists per game). So it makes sense that we're looking at such a huge contract here. It's just the fact that it hasn't aged too well or led to any tangible results — more specifically, a trophy-like object named after Larry O'Brien — that makes it so hard to stomach.

A trade to Washington was supposed to revitalize his career as a leader of a contending team as he joined Bradley Beal in a devastating backcourt... and it's not going too well. 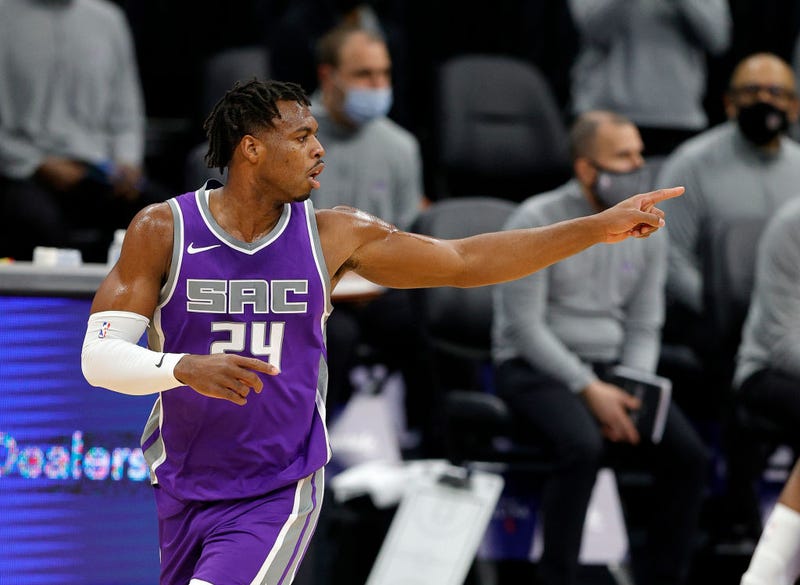 Buddy Hield's shot has been off so far in the 2020-21 season. Photo credit (Ezra Shaw/Getty Images)

Basketball fans fell in love with Buddy Hield's tendency to take shots from deep with high frequency at Oklahoma, as he averaged 8.7 three-pointers per game in his senior year and converted at a 45.7 percent clip. This year, he's shooting 37.0 percent from deep on 10.3 attempts per game, but what's worse is that his overall field goal percentage is the exact same number. Shooting 37 percent from the field is not just bad — it's among the worst in basketball. Of the 42 players in the NBA with at least 200 field goal attempts this season, only one (Dillon Brooks) has a lower shooting percentage than Hield.

The 5-10 Sacramento Kings are in the midst of a four-game losing stream, and though the potential is there in pieces like De'Aaron Fox, Tyrese Haliburton, Richaun Holmes and Hield himself, it's just not coming together with the current lineup. A team desperately seeking a shooter who is willing to take on Hield's contract would likely be a welcome sight for the Kings front office. 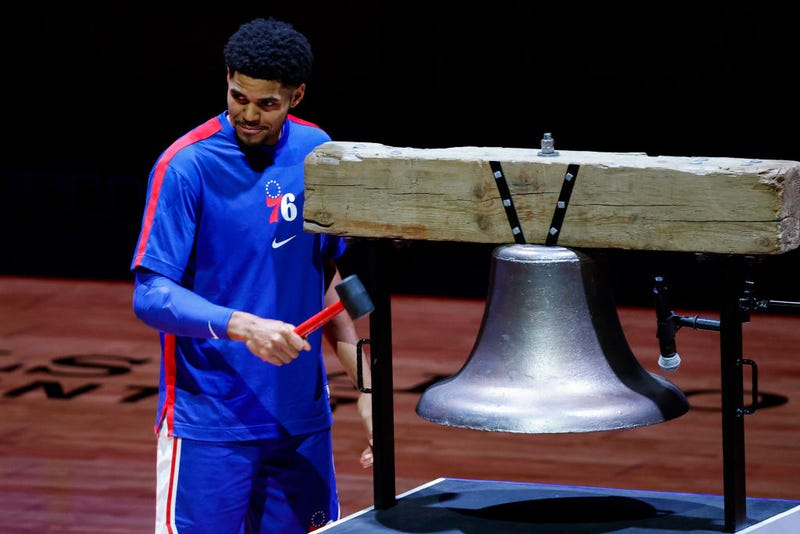 The third star on a competing team shouldn't have as much pressure on him as Tobias Harris does. But seeing as he makes more than both Ben Simmons and Joel Embiid, it makes sense that Sixers fans should scrutinize his performance to the extent that they do. Thankfully, his production has increased in 2020-21 with the new look Sixers, and Doc Rivers acting as coach might have made the biggest difference.

No matter how good Harris is, though, it'll be really, really hard to live up to the deal that makes him a top-15 highest paid player in the league. 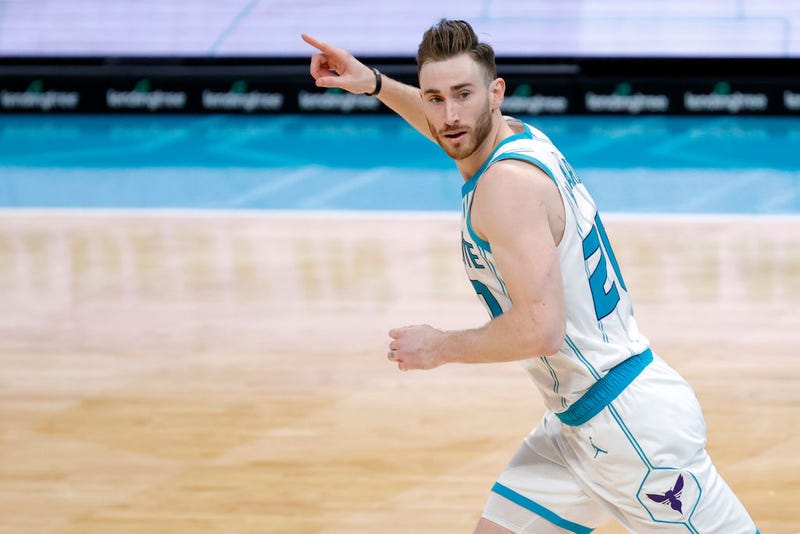 The biggest free agent acquisition of the offseason came when Hayward signed this monumental contract to join the Hornets, which came as a surprise to pretty much everyone in the NBA community. It was also a surprise before the fact, when Hayward declined his $34.2 million player option with the Celtics, but seeing as he inked this lucrative deal in Charlotte, it seems as though he made the right choice. But is he worth $30 million, especially for a team that is not ready to win now? Maybe by the time Hayward is 33 and the core of the Hornets has developed, we'll understand why they wanted him around so badly, and for so long, and at such a high number.

But for now, it's pretty baffling. 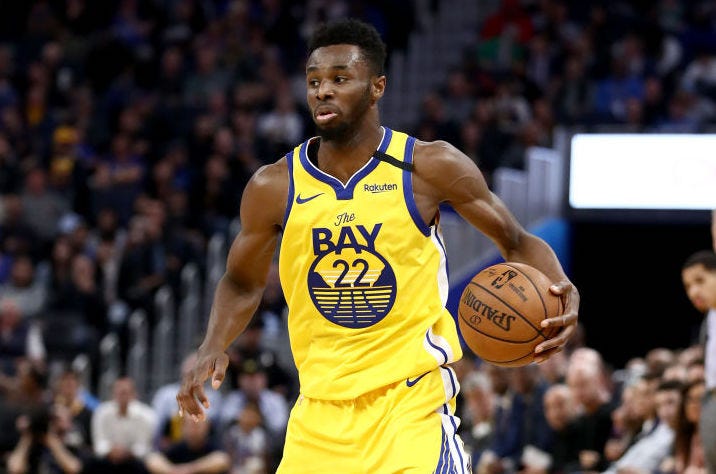 The "bust" label didn't take long to find its way over to Andrew Wiggins, selected with the top pick of the 2014 NBA Draft. But that didn't stop the Timberwolves from giving him a max deal, which they promptly moved over to Golden State along with a pair of 2021 draft picks in the D'Angelo Russell trade.

Russell's contract isn't looking too good now, either, but he still seems to hold more superstar upside than Wiggins, who has yet to show true No. 1 overall pick value despite several chances to do so. He's hovered around replacement player-value throughout his career, though the Warriors are hoping his improved defense and more efficient and versatile offensive approach could start to show results soon. Believe it or not, he's only 25 years old. 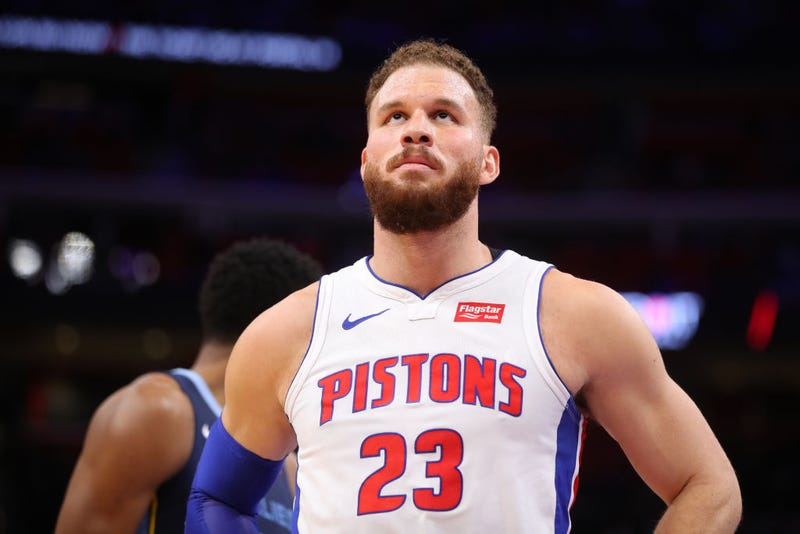 Detroit fans are likely counting down the minutes until this one expires or they can somehow offload it for another team to handle. Griffin has a player option next year worth nearly $39 million that he'd be batsh-- crazy not to accept, and it'll weigh Detroit's books down for yet another year. Luckily, they don't seem to be going anywhere in a hurry, largely because they decided to make Griffin the focal point in a deal with the Clippers. In return, the Clippers got Avery Bradley, Tobias Harris, Boban Marjanovic and two future picks.

With Griffin, the Pistons have dealt with poor three-point shooting, constant injury issues, and only a single postseason experience — as the eighth seed. 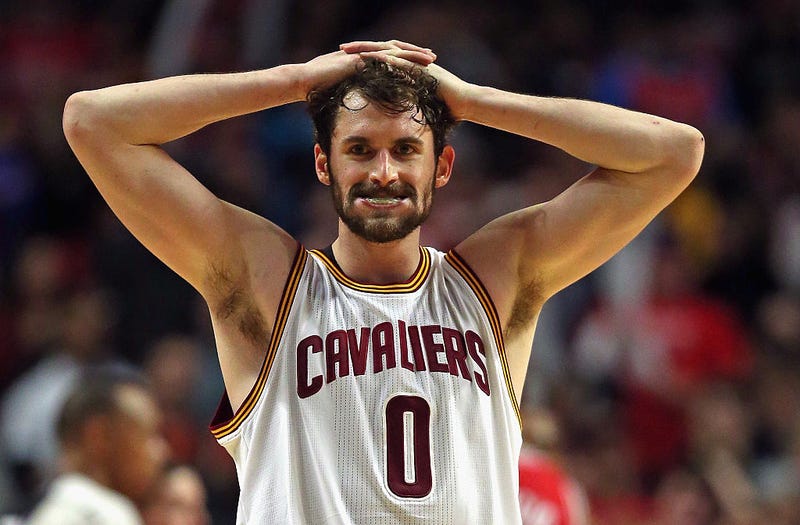 When the Cavaliers extended Love prior to the 2018-19 season, it was a move that aimed to "keep the Cavaliers in the playoff mix" following LeBron James' departure for Los Angeles. The first year of that experiment saw Love miss the majority of the season and the Cavaliers finish with a 19-63 record. Year two featured a predominantly healthy Love, but a 19-46 record to show for it. And year three is up in the air record-wise, but injuries have kept Love out of all but two games, so it hasn't been thanks to him that they're in the hunt to this point.

If you can't tell from that above description, the plan hasn't really worked. 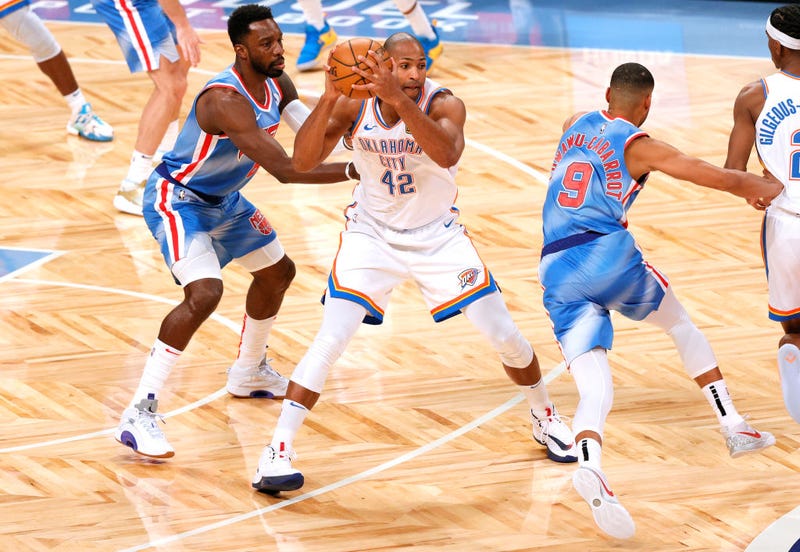 Daryl Morey wasn't able to land James Harden in his debut year as the 76ers' president of basketball operations, but he was able to accomplish another feat many deemed impossible. Moving on from Al Horford's massive contract was something that most saw as a Herculean task after the Sixers seemed to commit to him long-term alongside Joel Embiid, and one season of that showed it was a big mistake. Lo and behold, Morey was able to swap Horford and some other pieces for Danny Green and some other pieces, and Philly now finds themselves free from that cap disaster.

The Thunder, on the other hand, could afford to take on that salary as they added to their treasure trove of future assets without any title-contending plans for the near future. 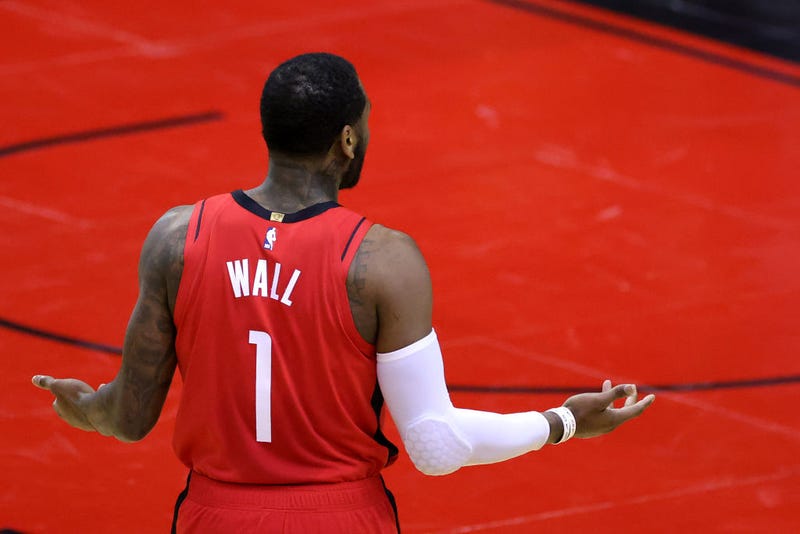 The Rockets were hoping that John Wall could experience a career rebirth in Houston, and the beginning of his 2020-21 campaign showed promise. But then the injury bug struck — again — and all of the worries accompanied with Wall came crashing down on the fan base. For as poorly as the Russell Westbrook era has gone in Washington, those fans know that it's worse to see Wall's injuries keep him off the court while his salary keeps on flowing. He made over $1 million per game last year, playing in only 32 contests while making $38.2 million.

By the time the 2022-23 campaign rolls around and he's 33 years old, it's anyone's guess as to whether or not his health will have rendered him much less effective than in his early days. And by the time that season begins, Wall will have opted into his $47.4 million player option. That's a whole lot of moolah.