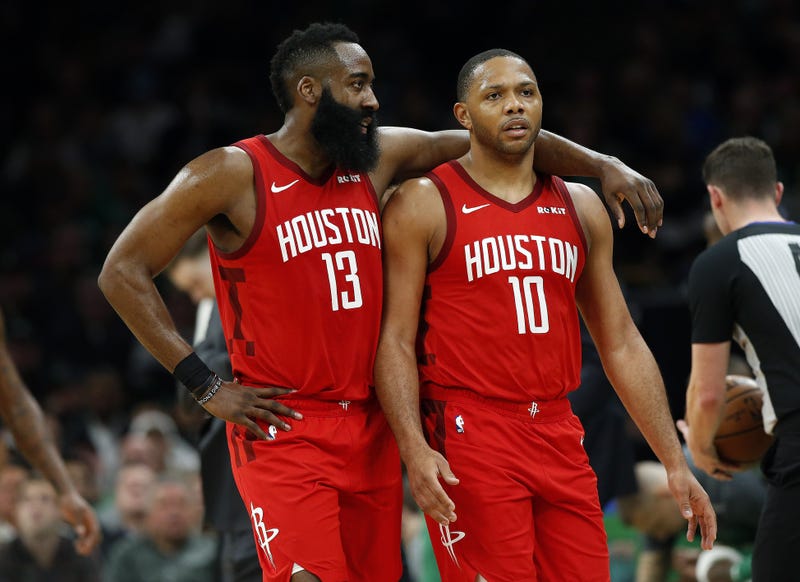 James Harden didn't mince words when he spoke on the state of the Rockets after Tuesday night's loss to the Los Angeles Lakers.

"We're just not good enough," Harden bluntly declared. "We don't, obviously, chemistry, talent-wise, just everything, and it was clear these last few games."

Harden is now gone, shipped to Brooklyn in a three team deal completed on Wednesday, and while some of his now-former teammates might've taken Harden's assessment as a slight, Eric Gordon did not.

“For me, knowing him, I don’t think he meant it as far as to really disrespect us,” Gordon said after the Rockets shootaround on Thursday in San Antonio. “I think he just wanted a different situation. He’s shown that and he also said it. He wanted his way out. And he got it.”

No current Rocket played with Harden longer than Gordon, and the two have a relationship dating back to their high school days, and he said Thursday he could see a difference in the demeanor of the former Rockets star.

"Obviously from the summer, since the season started you could tell he didn't want to be here."

With the Harden saga finally over the Rockets can now shift their attention to trying to make something out a season that has started 3-6. There's still a lot of basketball left to be played, but Gordon says he's glad there's some finality to the Rockets situation, though proving Harden wrong won't provide any motivation for the next 63 games.

"We gotta be motivated to play every game every day. (The trade) gives us a chance to get a real direction and for everyone else on the team to really boggle down and not worry about his situation, so we could just move forward with what each player needs to do for the future."

The Rockets will start the post-Harden era shorthanded. Gordon will miss Thursday's game against the Spurs with left lower leg tightness, while John Wall will sit due to left knee soreness.