One of Jeff Van Gundy's former teams is reportedly interested in bringing him back to the bench.

The Houston Rockets were set to host the ESPN basketball analyst for an interview on Wednesday, according to Marc Stein of the New York Times.

The timing of the interview coincides with the end of the basketball season, reports said, now that Van Gundy is free from his responsibilities as a broadcaster.

Van Gundy last coached with the Rockets in 2007, a run that ended after four years. He previously coached the Knicks for parts of seven seasons, and was an assistant with New York under several head coaches before he took over for Don Nelson.

Van Gundy owns a record of 672-527 in 11 seasons, good for a .575 winning percentage. He coached the New York Knicks to the NBA Finals against the San Antonio Spurs in the lockout-shortened 1998-99 season. He has also handled USA Basketball coaching duties in recent years, along with Spurs head Gregg Popovich.

Mark Jackson, Van Gundy's broadcast partner and a fellow former coach, recently made little secret that he hoped to return to the sidelines, while Van Gundy played it a bit cooler. 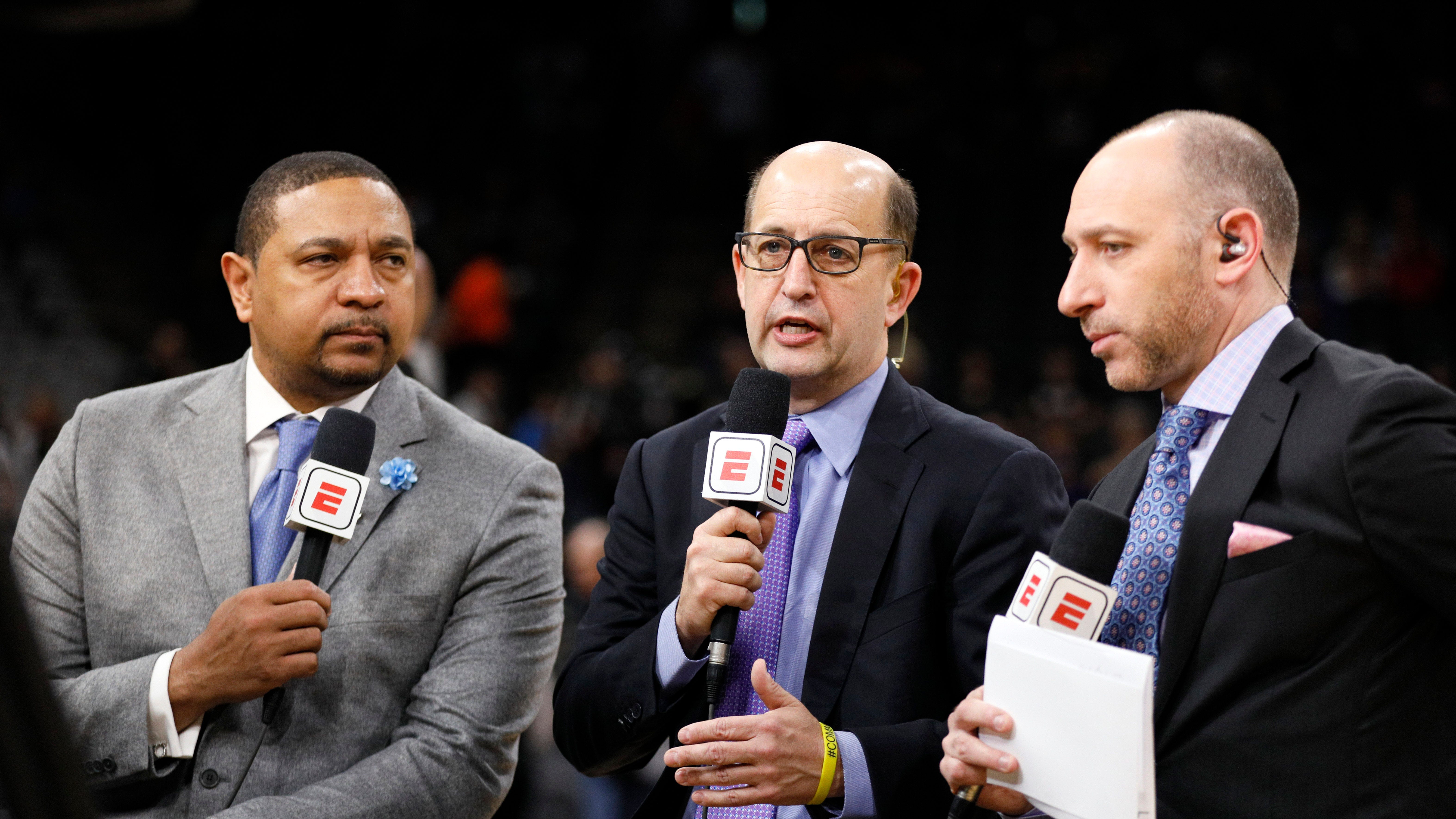 Jackson, Van Gundy remain in booth while NBA coaching jobs get snapped up

The 58-year-old was one of at least a half-dozen cndidates under consideration, the Houston Chronicle reported, including Tyronn Lue and John Lucas. The organization last week interviewed former Nets coach Kenny Atkinson, as well as several other prominent assistants in the league.

The Rockets are looking for a new coach following the departure of Mike D'Antoni, who stepped aside after four winning seasons in which Houston reached the conference finals once and was bounced in the second round three times.

Houston finds itself at something of a crossroads, with a Hall of Fame backcourt in James Harden and Russell Westbrook but relatively little roster flexibility.