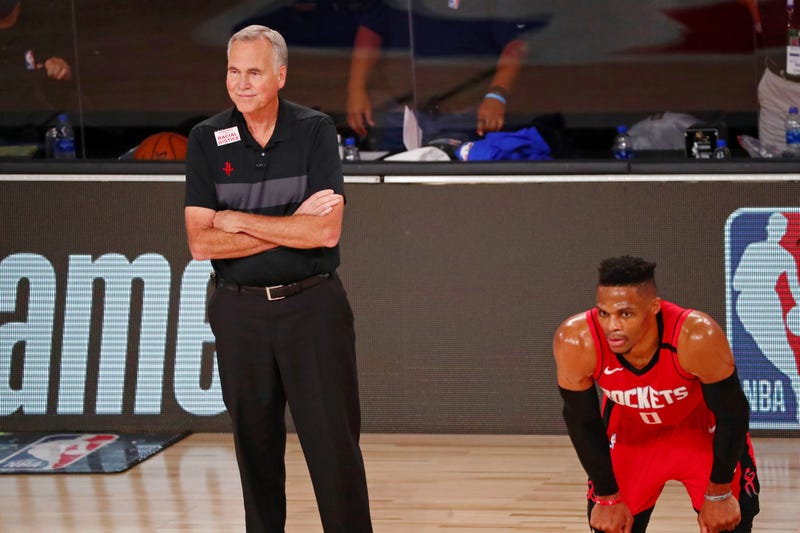 With his team down 3-1 in its Western Conference Semifinal series against the Los Angeles Lakers, Rockets head coach Mike D’Antoni offered an honest, but hopeful message to his players before Friday’s practice.

“I’m not going to sugar coat it, Rockets guard Austin Rivers recounted D’Antoni saying. “The situation you’re in is tough, but it’s doable. It’s been done, happens every year We can do it.”

Twelve teams in NBA history have rallied from 3-1 down to win a playoff series, including the Denver Nuggets in 2020. The Rockets have personnel who have been on both sides. James Harden did it to Rivers’ Los Angeles Clippers team five years ago, while D’Antoni’s Phoenix Suns came back to beat the Lakers in 2006.

“It’s all about us,” Rockets center P.J. Tucker said. “We’ve beaten ourselves. We know it from watching film from games two and three. All that stuff is self-inflicted. We do it to ourselves, not being accountable on defense, being there in a lot of our rotations and in very small things: boxing out, 50/50 balls, that’s the stuff that’s going to win us the games.”

Tucker said he didn’t need to watch the film of the Rockets 110-100 game four loss.

“That was one of those games that you could flush,” he said. “That wasn't us, that's not how we play.”

A 17-2 fourth quarter run made game four’s final score much closer than the game actually was. The Rockets trailed by four after a quarter, but the Lakers took control with a 31-19 second quarter. At no point did it feel like the Rockets were in the game.

“Last night, I think we got shook and dropped the rope a little bit,” D’Antoni said.

Rivers, Tucker, and D’Antoni were all positive and upbeat before Friday’s and while winning three straight against a team that features LeBron James and Anthony Davis is daunting, there’s a feeling they can get it done.

“I think everybody’s in a good place,” Rivers said. “Nobody wants to be down (3-1), but right now it seems like everybody is in a good space in terms of how to attack the situation the best way possible, so it seems like right now everybody's on the same page on what we need to do offensively and defensively, same so we'll see where we go from here.”

The Rockets were sitting a pretty a week ago after surprising the Lakers with a win in game one. On Saturday, they’ll try to avoid losing four straight and have their season end in embarrassing fashion. No one is guaranteeing a win, but D’Antoni believes his team will leave it all out on the floor.

“We're gonna put our foot on the gas pedal. We're gonna go as hard as we can go.”