It pays to be a broadcaster.

On Friday, it was reported that former Dallas Cowboys quarterback Tony Romo had agreed to a new contract with CBS for $17 million per year for the next three years.

Romo’s salary shatters the previous record for an NFL broadcaster — when John Madden was paid $8 million per year — and is more money than he made in 11 of his 14 seasons in the NFL.

In fact, Romo’s annual salary is greater than the annual average of half the league’s starting quarterbacks (pre-2020 free agency) and plenty of other stars as well.

It has even become a point of contention between the league and the NFLPA as they try to get the players to approve the new collective bargaining agreement. New Orleans Saints wide receiver Michael Thomas recently pointed to Romo’s deal as to why the players’ union should not agree to the new proposed CBA.

While all NFL contracts are structured differently, we decided to take a look at the annual average salaries of some of the game's marquee players who are actually making less than Romo in 2020.

(All salary information via Spotrac and overthecap.com) 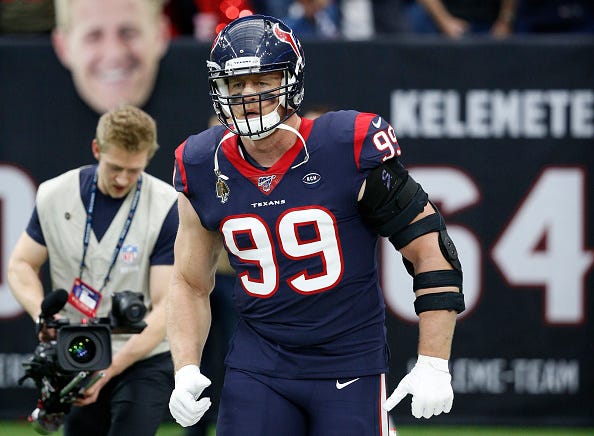 Watt is one of the league’s most recognizable faces and most feared pass rushers, yet even he falls just a hair short of topping Romo’s salary. Watt signed a six-year, $100 million extension with the Texans in 2014, which did not kick in until 2016. However, the way Watt’s contract is structured, he will make a base salary of $17.5 million in 2021 to top the CBS color commentator. 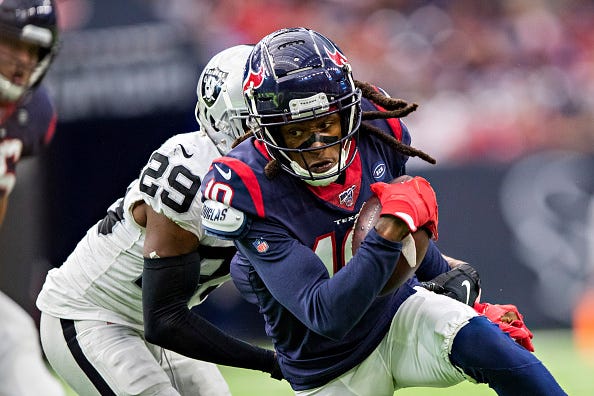 Hopkins signed a similar contract as Evans, inking a five-year extension worth $81 million in 2017. Unlike Evans, Hopkins’ contract structure is more balanced with a base salary of $12.5 million in 2020 and a $1.5 million prorated signing bonus to equal a $14 million cap hit. 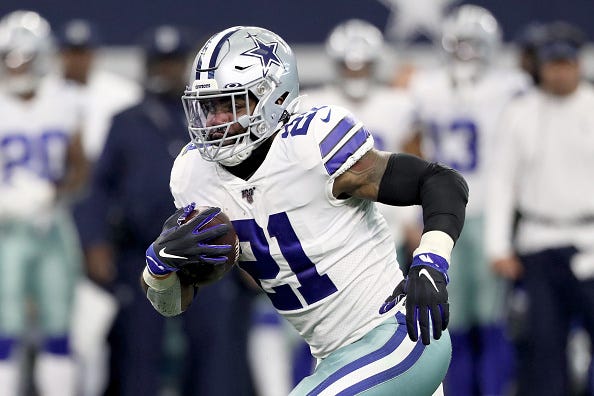 Elliott is arguably the best running back in the NFL who scored a six-year, $90 million contract extension before the start of last season to make him the highest-paid running back in the league. Yet, he still falls short of Romo as the bulk of his extension does not kick in until 2021. Elliott will only make a base salary of $6.8 million fully guaranteed in 2020, plus a prorated bonus of $4.1 million for a total of $10.9 million next season. 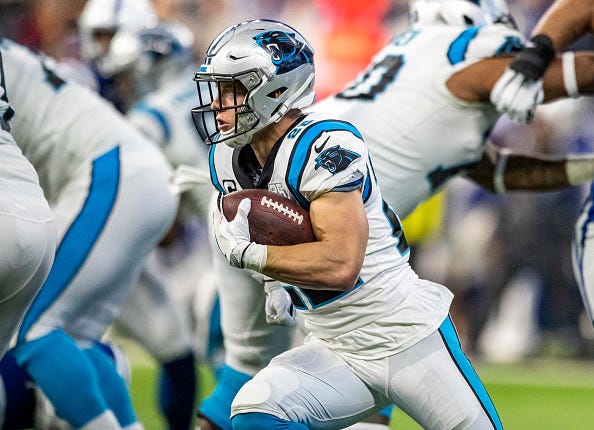 Christian McCaffrey is coming off one of the best seasons a running back could possibly have, leading the NFL with 2,392 total yards from scrimmage in 2019. Yet McCaffrey is still on his rookie contract, which is slated to pay him a base of $2.8 million in 2020, plus a bonus of $2.6 million for a total of roughly $5.45 million. Even if McCaffrey were to ink an extension that tops Elliott, it is unlikely it would bring in more than Romo's $17 million. 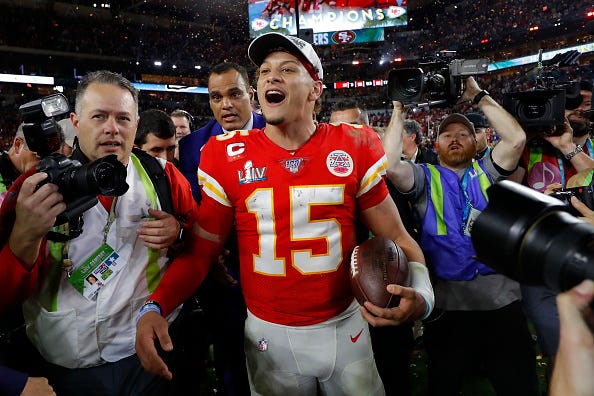 Romo, who never won a Super Bowl as a player, currently stands to make four times as much as the reigning Super Bowl MVP. This one likely will not last long, though, as Mahomes enters the final season of his rookie contract and will surely receive a lucrative extension, possibly as early as this spring, after leading the Chiefs to their first Super Bowl in 50 years. 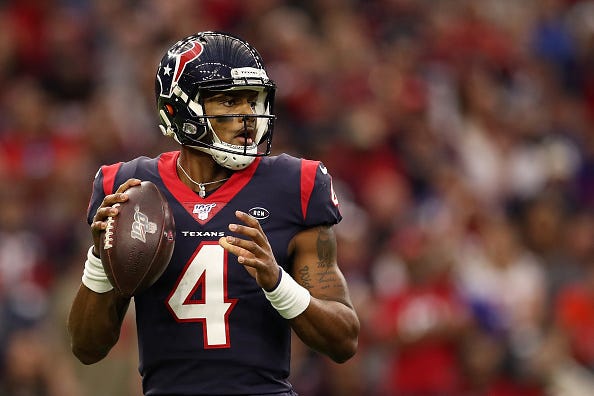 Much like Mahomes, this could be very short-lived as Watson enters his final season of his rookie contract in search of an extension. The 24-year-old has established himself as a franchise quarterback and one of the best in the game, but as of the beginning of March, Watson is only guaranteed $2.35 million in 2020 as he awaits what will surely be a big pay day. 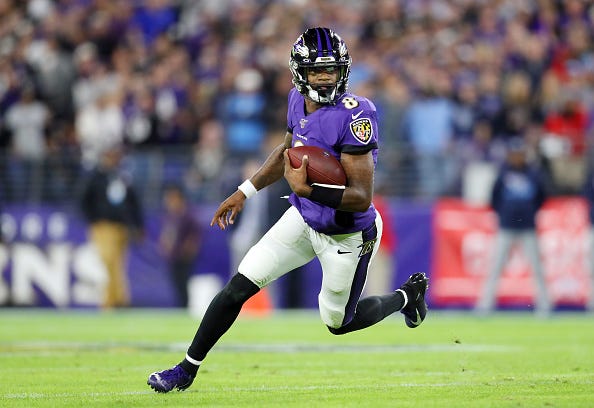 Jackson took the league by storm in 2019, winning the MVP with a season for the ages in just his second year in the league — which is also the very reason why he is paid so little at the moment. Jackson is entering just the third year of his rookie contract, which is worth roughly $9.4 million total. Another MVP-type season, and Jackson could find himself getting cashing in on a nice extension in 2021, but for now he remains one of the lowest-paid starting quarterbacks in the league and well behind Romo’s announcing contract.