HOUSTON (SportsRadio 610) -- Despite Deshaun Watson's plea for fans not to march toward NRG Stadium in support of the Texans' franchise quarterback, about 50 people gathered in front of the bull on Kirby Drive.

Donned in Texans jerseys, with some signs calling for president of football operations Jack Easterby's firing, fans walked from the Lefty's Cheesesteak restaurant, owned by Watson just a few blocks away from the stadium.

They chanted "Fire Jack Easterby" and "Cal (McNair) sell the team" but the purpose was to support the quarterback, who is unhappy with the front office for their general manager and head coach hiring process.

Police officers are here but tell me fans can stay as long as they remain peaceful, and stay on the sidewalk. #IStandWith4 #Texans pic.twitter.com/a81BuRVH8j

Teams have inquired about trading for Watson, according to NFL Network's Ian Rapoport.

From NFL Now: Teams have been inquiring about #Texans QB Deshaun Watson, despite the team showing no desire to trade him as of now. pic.twitter.com/yhuvoC35Pg

A report by ESPN's Sarah Barshop indicated "the Texans have had internal conversations about possible trade partners and what their quarterback position would look like" without Watson.

I’m hearing there is a march planned on my behalf in Houston today. Although I am humbled I ask that whoever is organizing the march cancel for the sake of public safety. Covid is spreading at a high rate & I don’t want any fans to unnecessarily expose themselves to infection.

But fans aren't having it. They're frustrated with the organization, specifically chairman and CEO Cal McNair, for allowing it to get to this point.

About 30-40 gathered here in front of NRG Stadium, walking back down Kirby now headed toward Lefty’s, owned by Deshaun Watson. pic.twitter.com/4tJUik0fGA

Watson spoke during the season about the Texans' lack of organizational foundation and their need for new leadership. 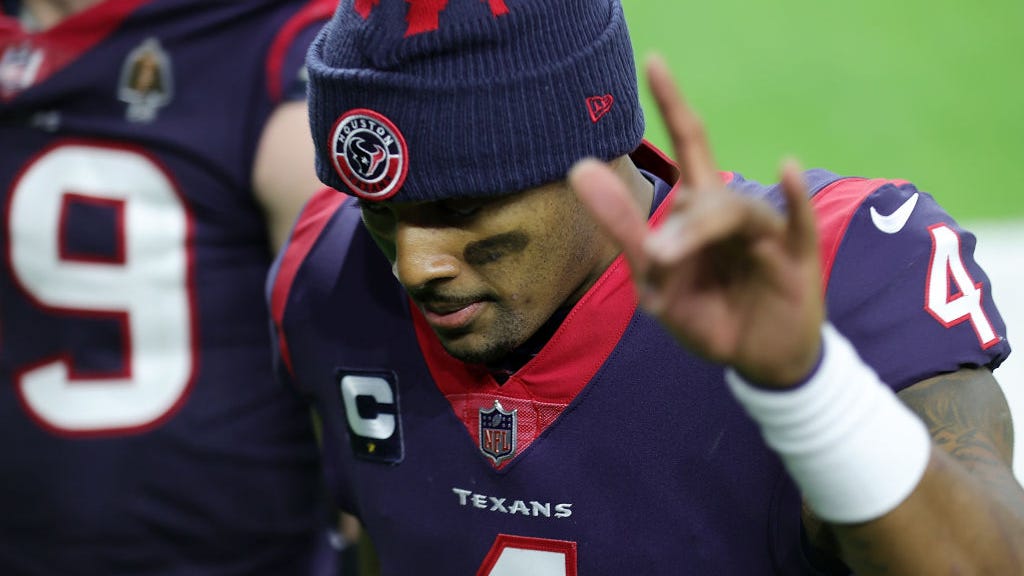