(SportsRadio 610) -- Look at it this way: The Texans already have had to survive a pandemic named Covid and a pox named Bill.

Comparatively speaking, a total rebuild should be a simple case of the sniffles.

If we’ve learned anything sifting through the rubble in these early stages post-Bill O’Brien, it’s that his worst affliction was crippling a roster.

The Texans have to take one step back. Quit relying on one player’s unmistakable talents to be a presumed cure-all.

We already know what relying on Deshaun Watson single handedly gets you. Highlights and early exits.

The Texans must fortify the roster, even if it means saying goodbye to icons and key pieces.

Contrary to popular opinion, a rebuild doesn’t have to take long.

In fact, the Texans don't have to look very far to find the template for their potential future.

Across the field Sunday at Nissan Stadium, they'll see a team that not long ago walked in the Texans’ cleats, but now widely is regarded as one of the league’s elite teams with a legitimate chance to threaten a Super Bowl berth.

The Tennessee Titans made the toughest of decisions, beginning with bringing on a general manager in Jon Robinson unafraid to make unpopular decisions and confident in his player evaluations.

Next, they took a chance on a defensive-minded but unproven head coach with a commanding presence, who entrusted his offensive staff to do their thing.

Not long ago, the Titans had a gifted first-round franchise quarterback in Marcus Mariota, but he was surrounded by a GM who made foolhardy decisions and a roster with no direction.

The Titans were an assortment of overpaid players on their last legs, popular talents edging toward the ends of their careers and draft picks who were flat-out busts.

They also were led by an offensive-minded head coach who in six seasons seemed to be king of the 9-7 record.

In 2016, the Titans finished 9-7, but under GM Ruston Webster and head coach Mike Mularkey were a team headed in the wrong direction.

In came Robinson and then Mike Vrabel. They recognized the gerbil-wheel ways of the organization and quickly stepped out of it. 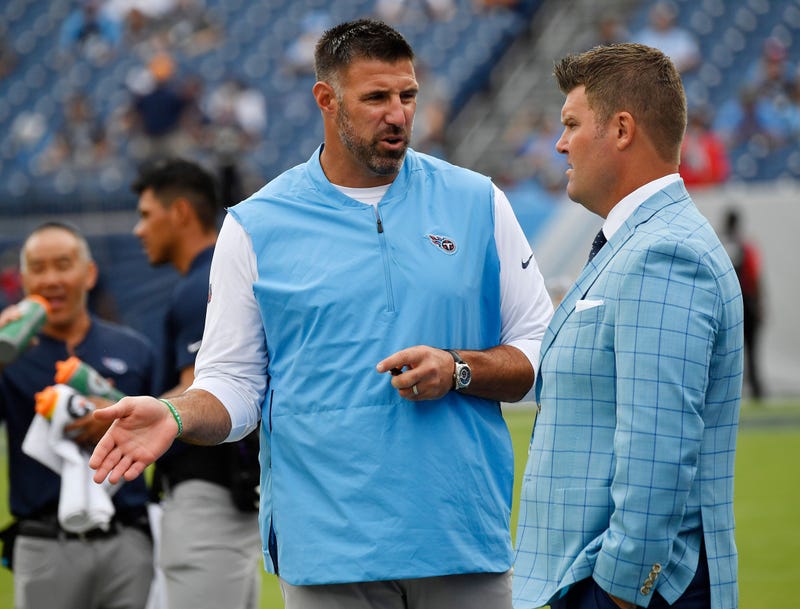 Ultimately, they moved on from popular aging players like tight end Delanie Walker and most recently Jurrell Casey. Among those players were a combined 10 Pro Bowl appearances, but nothing to show for it as a team.

They also moved on from bad signings and draft picks like then 37-year-old Cameron Wake, and after realizing Mariota was not the answer, the former No. 2 overall pick as well.

Then there were the bold draft decisions.

Robinson once finished a draft with only four selections, after trading up three times to get the players he really wanted. Robinson even traded the No. 1 overall selection, sparking a series of moves that allowed the Titans to end up with Jack Conklin, Austin Johnson, Derrick Henry, Corey Davis and Jonnu Smith.

Robinson and Vrabel then saw something in previously mostly mediocre quarterback Ryan Tannhill, acquiring him before the 2019 season and entrusting his development to offensive coordinator Arthur Smith.

Tannehill became the NFL’s Comeback Player Of The Year and this week leads an undefeated team against the Texans.

It can be done. And it doesn’t have to take very long.

The Titans proved as much, going from 9-7 in 2018, to an AFC Championship appearance last season, to legitimate contender.

Imagine what a similar makeover could do with Watson at quarterback. 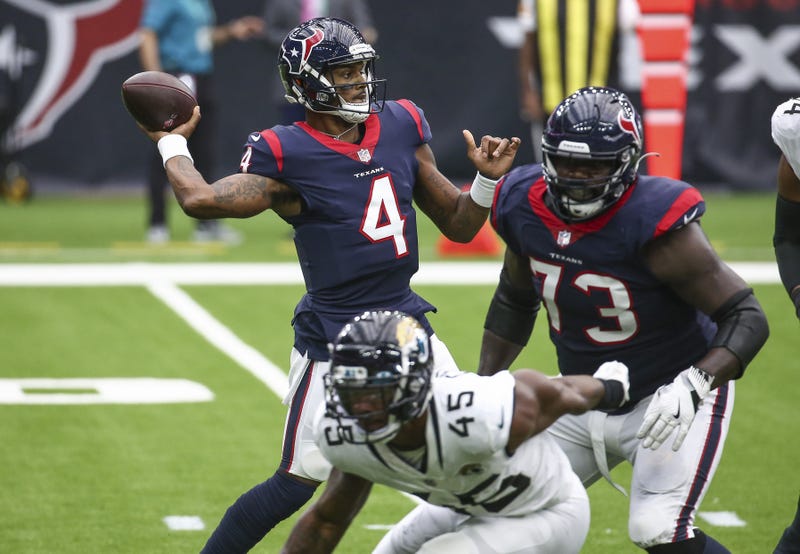 The Texans have tough decisions to make.

Rebuild. Rid this city of the pox.

John P. Lopez is co-host of In The Loop on SportsRadio 610, Monday-Friday from 10 p.m. to 2 p.m. Lopez is a former columnist for The Houston Chronicle, where he covered Houston sports for 17 years.

music
'Dawson's Creek' is coming to Netflix without the Paula Cole theme song
news
Muted mics confirmed: What to expect at the final Trump-Biden presidential debate
music
Nothing Else Matters: Miley Cyrus has a Metallica covers album in the works
music
Foo Fighters, Post Malone, and more a part of Tom Petty's 70th birthday bash
news
Lowe’s is offering free delivery for fresh Christmas trees this year
music
Maren Morris is proud to have been 'To Hell & Back' with husband Ryan Hurd