I like watching golf, especially after hitting the links became my primary method of getting out of the house during the coronavirus pandemic. But missing NFL action is something I will rarely do if I have the choice.

Luckily, the way in which the postponement of the Masters forced a rearrangement of the 2020 NFL schedule makes it so that watching both sports in large quantities is easily achievable. But first, the negative: we won't get to hear Tony Romo drop his incredible football analysis.

With Nantz working The Masters this weekend, Romo is off. CBS has only 3 games Sunday, all at 4 p.m., and is using only their 2nd (Eagle/Charles Davis), 3rd (Harlan/Trent Green) and 4th (Gumbel/Rich Gannon) NFL teams on those games. Dolphins-Chargers gets the Gumbel/Gannon team. https://t.co/7uWlpsEK8D

But the positives help to mitigate the loss of the NFL's best color commentator. The usually overloaded 1:00 pm slate features just five games, meaning you won't miss all too much action if you opt to tune into the most important weekend in golf. And besides, it's not the most enticing collection of contests. The Buccaneers-Panthers clash is probably the most entertaining option, but Christian McCaffrey's shoulder injury takes away from some of the appeal. There's also an NFC East clash between the Eagles and Giants, which usually makes for a good game, but we know how bad the divisional play has been to this point. For the most part, we aren't missing any major matchups in the early-afternoon slot that we'd have to pass over due to the Masters.

And, as a result, the post-Masters late afternoon slate is where it gets really fun, and NFL analyst Warren Sharp did a great job laying out what we have in store for us.

the 4pm Sunday slate is INSANE

DO THIS EVERY SUNDAY

Hey, give the Drew Lock vs. Derek Carr matchup some credit! I expect the offense to be free-flowing in that one. But the real exciting fact here is that we won't be subject to just two to four games in the late afternoon as is the case throughout several weeks of a typical season. Six games is awesome, and we'll have an equal balance of football and golf all day long.

One person who may wish the NFL game most relevant to him took place during the Masters? Jerry Rice, who won't have golf as an excuse to prevent him from watching the 9.5-point underdog 49ers potentially (likely) fall to a red-hot Saints team. 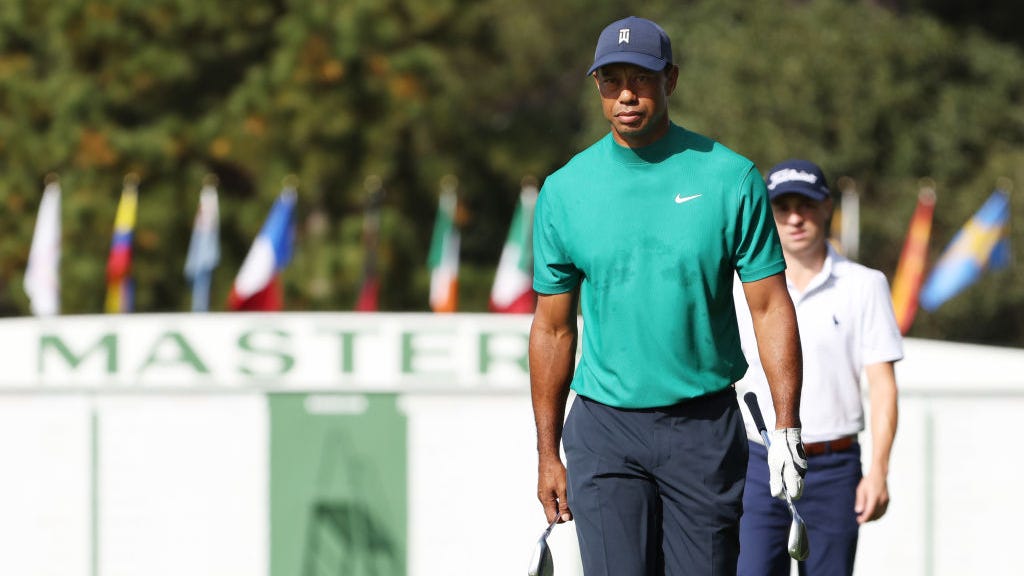