We all love a good underdog … and the NFL is chock full of them. If history has taught us anything, it’s that franchise-altering players come in all forms, from highly-touted top picks to overachieving late-rounders and occasionally hidden gems like Kurt Warner and Antonio Gates, neither of whom got drafted.

How do Hall of Famers like Warner and Gates slip through the cracks? It happens more often than you’d think. Warner, Gates, Tony Romo, Wes Welker, Arian Foster—the list goes on and on. That’s the beauty of the NFL. While the NBA—football’s closest competitor in ratings—is largely a star-driven enterprise, it takes all 53 to reach the NFL promised land. Here are 16 undrafted icons who conquered expectations in becoming gridiron legends. 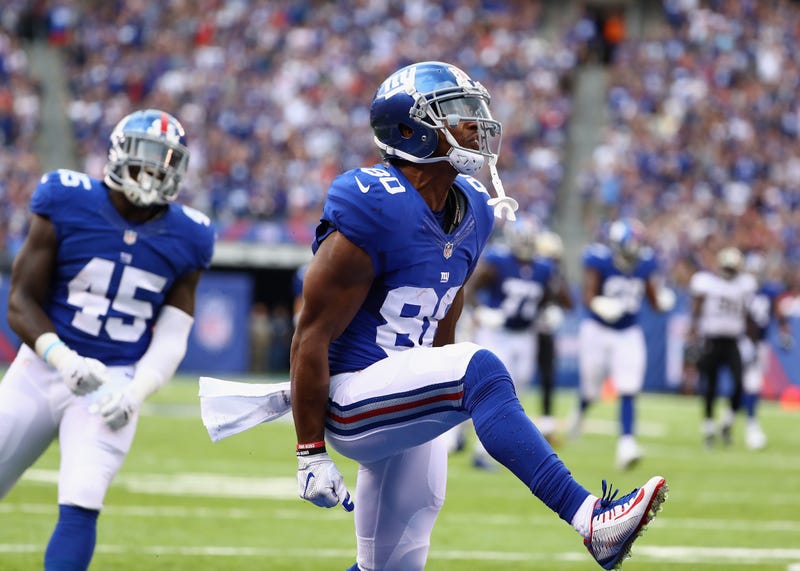 While Cruz’s star faded quickly—his NFL reign lasted all of seven seasons—the Giants never would have lifted the Lombardi without his heroics in 2011 when the former UMass Minuteman cruised to a franchise-record 1,536 yards on 82 regular-season catches for the World Champs. Injuries brought Cruz’s career to an unceremonious conclusion in 2017 (the Bears cut him at the end of training camp that summer), but the 33-year-old still netted nearly $30 million in career earnings, not to mention All-Pro recognition and a front-row seat to the Giants’ Super Bowl parade. Not bad for an FCS nobody who heard crickets during the 2010 Draft.

Fletcher came from humble beginnings, playing his college ball at little-known John Carroll University alongside future New England offensive coordinator Josh McDaniels, Chargers GM Tom Telesco and front office bigwig Nick Caserio, also of the Patriots. The DIII product debuted in Week 1 of 1998 and didn’t leave the field until his retirement in 2014, a span of 256 consecutive games without an absence, the fourth-longest ironman streak in league history. Those weren’t empty calories either. Over 16 NFL seasons, Fletcher appeared in four Pro Bowls, won a Super Bowl with the Rams and even landed an elusive spot in the Redskins’ Ring of Honor. His 1,384 career tackles are second-most all-time behind fellow linebacker Ray Lewis.

Foster appeared headed for an early-round draft selection until he tanked his senior season at Tennessee and delivered similarly underwhelming results at his Pro Day (4.69 forty time). Playing with a boulder-sized chip on his shoulder after his draft snub, Foster proved his doubters wrong, recording four 1,000-yard rushing seasons in Houston while leading the league in touchdowns on two occasions. The most accomplished ball-carrier in Texans history by a landslide, Foster holds franchise marks for single-game (231), single-season (1,616) and career rushing yards (6,472). Of the 19 running backs drafted in 2009, only LeSean McCoy outrushed Foster.

Gates didn’t play a down of college football, instead starring on the Kent State basketball squad. Deemed too short to play power forward in the NBA (6’4”), Gates pivoted to the gridiron and never looked back, retiring as the sport’s all-time leader in touchdowns by a tight end with 116. That total ranks seventh all-time behind a slew of Hall of Famers including receiving prodigies Jerry Rice, Randy Moss, Terrell Owens and Cris Carter. There’s no doubt that Gates benefited from stellar quarterback play throughout his Chargers tenure—Drew Brees and Philip Rivers are two of the best to ever do it. But that shouldn’t take anything away from the eight-time Pro Bowler’s storybook career.

Like his former Denver teammate Aqib Talib, Harris got his start at the University of Kansas, playing under Mark Mangino and later Turner Gill in the Jayhawker State. After teams hung him out to dry at the draft, Harris resurfaced in the Rockies, joining the John Fox-coached Broncos as a priority UDFA in 2011. Harris would quickly emerge as one of the league’s premier slot corners, anchoring the Broncos’ “No Fly Zone” secondary alongside Talib, T.J. Ward, Darian Stewart and Bradley Roby. The 31-year-old bolted (no pun intended) for division-rival Los Angeles in free agency this offseason, but only after amassing four Pro Bowl nods, three All-Pro selections, 20 interceptions (23rd among active players) and a Super Bowl triumph to boot. Needless to say, Harris packed plenty of greatness into his nine-year Mile High stretch. 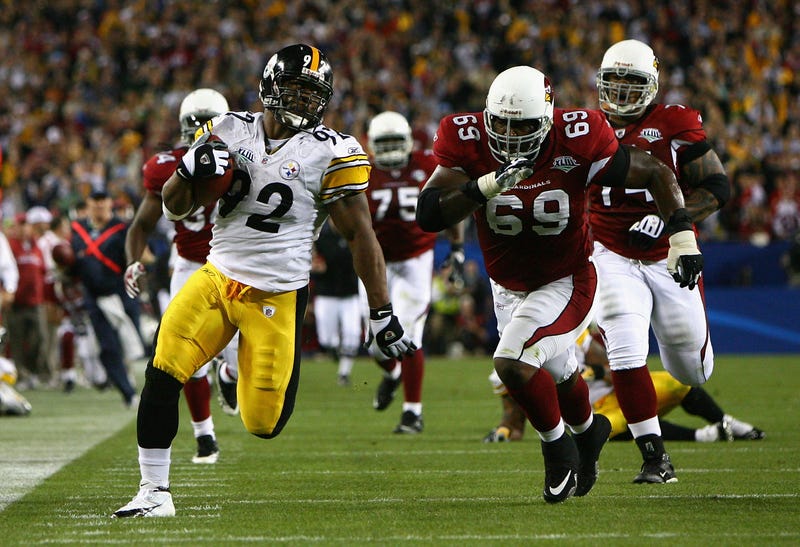 Dismissed as a tweener—too short for linebacker (6’0”) and not heavy enough to play in the trenches (240 pounds)—Harrison bided his time, paying his dues as a practice-squadder and even in NFL Europe before ascending to starting status for the Steelers in 2007. The Kent State (another one) alum was a one-man wrecking crew in his prime, surging to a career-best 16 sacks en route to NFL Defensive Player of the Year honors in 2008. Harrison’s career was full of memorable plays, but none more iconic than his heroic goal-line pick-six of Kurt Warner in Super Bowl XLIII. One of the most dominant pass-rushers of his era, Harrison’s 80.5 sacks as a Steeler still stand as the most in team history.

A late bloomer who didn’t truly hit his stride until the age of 28 (a rarity among running backs), Holmes put Kansas City on his back with one of the most incredible three-year runs the halfback position has ever seen. The Chiefs bruiser surged to an NFL rushing title during his breakout 2001, then led the league in touchdowns each of the next two seasons. Holmes enjoyed a maddeningly short peak—he was running on fumes by the time 2005 rolled around—but his meteoric rise, particularly after going undrafted out of Texas in 1997, was nothing short of remarkable. Only 14 players in the sport’s history have rushed for more touchdowns than the 2002 Offensive Player of the Year (86 career end-zone visits).

Moon stands among the NFL’s top 14 in career touchdowns (291) and passing yards (49,325) and would surely place higher on both lists if not for a six-year detour in Canada. A five-time Grey Cup champ with the Edmonton Eskimos, Moon didn’t receive his first NFL opportunity until age 27 when the quarterback-needy Oilers finally plucked him from the CFL ranks, effectively setting his Hall of Fame career in motion. Even in an era that included greats like Joe Montana, Dan Marino, John Elway and Troy Aikman, Moon had no trouble making a name for himself, earning All-Pro distinction in 1990 while leading the league in both passing yards and touchdowns. The 6’3” gunslinger silenced more than his fair share of naysayers on his long, winding road to gridiron immortality.

Peters anticipated being a mid-round selection in the 2004 Draft following a distinguished career at Arkansas, but the call never came. The tight-end-turned-offensive-lineman eventually found a home in Buffalo, rising from unheralded practice-squadder to Pro Bowl status by his fourth season. Peters went on to achieve greater success as an Eagle, settling in as one of the league’s elite blind-side protectors. The 38-year-old has been greeted by a frigid free-agent market this offseason, though whispers of a return to Philadelphia could grow louder if expected successor Andre Dillard fails to impress at training camp this summer.

Randle was not among the 331 players drafted in 1990, though he would become one of the league’s 326 Hall of Famers 20 years later. Hailing from (checks notes) Texas A&M-Kingsville, a Division II school that competes in the Lone Star Conference, Randle wreaked havoc for 14 years in the National Football League, compiling 137.5 sacks (10th-most all-time) between stints in Minnesota and Seattle. Randle didn’t need any draft love to become one of the most decorated D linemen not only in Vikings history, but of all-time. Like a thief in the night, the Hearne, Texas native was the generational pass-rusher none of us saw coming. 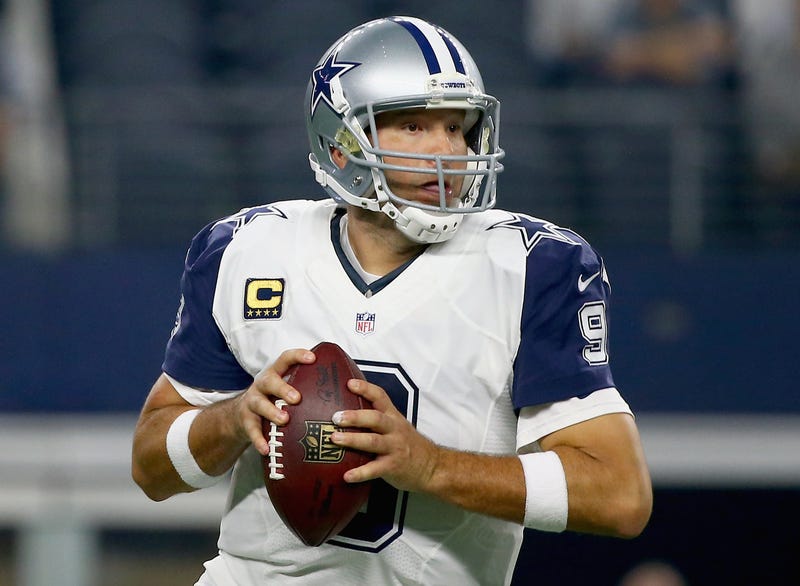 Arriving in the league courtesy of FCS Eastern Illinois (a program that would later produce 49ers front man Jimmy Garoppolo), Romo got the cold-shoulder treatment as an undrafted rookie in 2003, likely a result of his small-school stylings and relative lack of athleticism (he labored to a ghastly 5.01 forty at the Combine). In spite of little fanfare, Romo quickly rose to prominence in Dallas, unseating incumbent starter Drew Bledsoe (previously usurped in New England by four-time Super Bowl MVP Tom Brady) en route to becoming the Cowboys’ all-time leader in both passing yards and career touchdown passes. Injuries and the emergence of Dak Prescott took Romo out of circulation by 2017, but the four-time Pro Bowler has remained relevant as ever in his post-playing career, impressing as the lead color analyst alongside veteran play-by-play announcer Jim Nantz on CBS’ NFL broadcasts.

How’s this for rags to riches? Undrafted out of UNC, Saturday was working at an electric supply store in Raleigh when the Colts came knocking on his door in 1999. Six Pro Bowl invites, four All-Pro selections (including first-team status in both 2005 and 2007) and a Super Bowl title later, Saturday now finds himself in the Colts’ Ring of Honor alongside Indy greats Peyton Manning, Dwight Freeney, Reggie Wayne and Marvin Harrison. The former Tar Heel took a risk by quitting his 9-5, but after parlaying his borderline Hall of Fame playing career into a lucrative broadcast gig at ESPN, it’s clear Saturday made the right call betting on himself.

Smith largely flew under the radar upon earning his degree from anonymous Missouri Southern State (where he starred as a Division II All-American) in 1994, allowing Denver to unearth him as an undrafted free agent. The six-foot Smith showed an immediate connection with John Elway, leading the Broncos in receiving during their Super Bowl campaigns in 1997 and ’98. Smith would go on to be the franchise leader in career receiving yards (11,389), touchdowns (68) and receptions (849), the latter of those stats good for third all-time among undrafted pass-catchers. Only five players in the NFL’s storied history (Jerry Rice, Randy Moss, Tim Brown, Terrell Owens and Jimmy Smith) have logged more 1,000-yard receiving seasons than Smith, and all but one of them (Smith) is enshrined in Canton.

Left at the altar following a standout career at Penn State, Wake didn’t find steady NFL employment until his age-27 season following a cup of coffee with the G-Men in ’05 and a two-year stint up north in the Canadian Football League. Wake continually used his draft snub as fuel, becoming one of the league’s most feared pass-rushers during his decade-long Dolphins tenure. Among all-time Fins, only 2017 Hall of Famer Jason Taylor has been responsible for more sacks (131) than Wake (98). 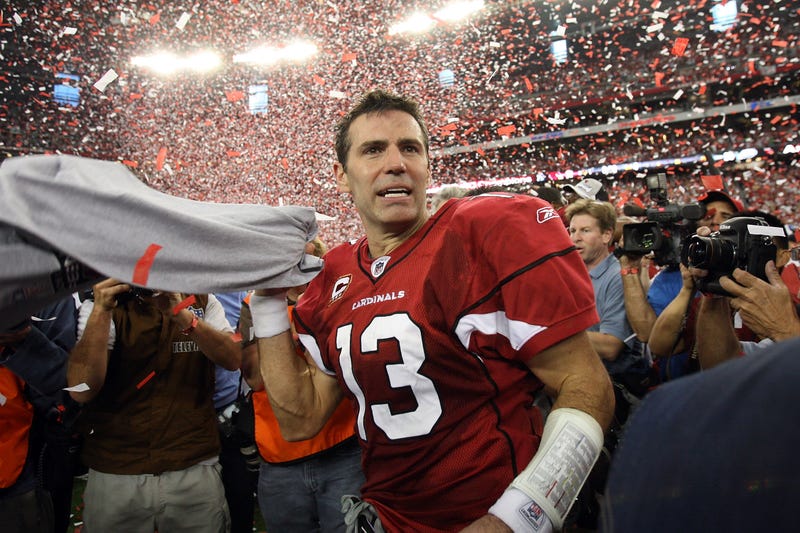 Warner’s path to the NFL was arduous to say the least. Before he became a two-time league MVP with the St. Louis Rams (he also presided over their Super Bowl victory in 1999), Warner endured stints in Arena Football and NFL Europe while stocking shelves at an Iowa grocery store to help pay the bills. Ringleader of the Rams’ “Greatest Show on Turf” offense, Warner teamed up with Marshall Faulk, Isaac Bruce and Torry Holt to make St. Louis a powerhouse for a stretch in the late 90s and early 2000s. The Northern Iowa alum saw his career teetering on the brink of extinction after falling behind Eli Manning on the Giants’ QB pecking order, but Warner showed he had plenty left in his NFL tank by leading Arizona to a rare conference title in 2008. From the produce aisle to Canton’s hallowed halls, Warner’s ascension to Hall of Fame status is a testament to the quarterback’s immense perseverance and resiliency.

A pint-sized return specialist whose only scholarship offer came from Texas Tech (coached by Air-Raid enthusiast Mike Leach), Welker was somewhat of a novelty early in his career, making the rounds as a core special teamer at forgettable NFL stops in both Miami and San Diego. So naturally Bill Belichick, one of the league’s foremost evaluators of talent, facilitated Welker’s eventual transition from scarcely-used backup to high-volume target on a perennial Super Bowl contender. Among the most prolific possession receivers in league history, Welker started a slot revolution that continues to this day. Only two players—Antonio Brown and Brandon Marshall—have eclipsed the century mark in catches more times than Welker (five). The only blemish on Welker’s NFL resume is his lack of Super Bowl success (0-for-4 including his recent loss to the Chiefs as a 49ers position coach in 2019).