Tiger Woods is adding a new chapter to his legendary golf career this week.

The 18-time major tournament winner is teaming up with his 11-year-old son, Charlie, for the PNC Championship, a parent-child tournament.

The event marks Charlie's debut on the national stage, after a year in which he began to make headlines for his own exploits on the links. 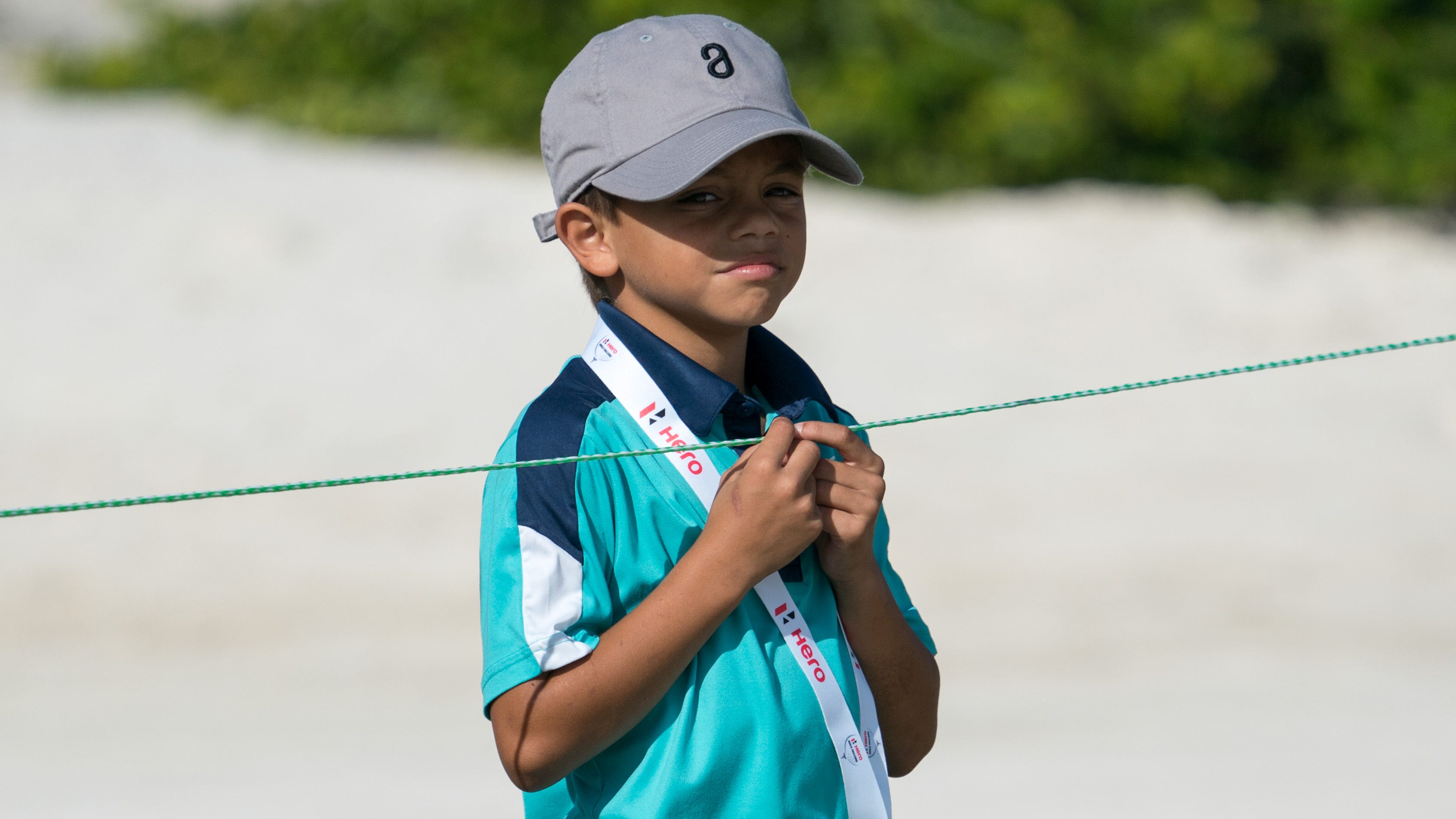 The adolescent easily won a junior tournament in Florida last summer -- with an assist from Tiger, who served as his caddie.

On Thursday morning, the duo was spotted together on the range at the site of the tournament, the Ritz-Carlton Golf Club near Orlando.

Charlie, clad in black Nike apparel with red trim, looks like the spitting image of his famous dad in a video posted by the Champions Tour. A couple of onlookers are seen recording the tender and surreal scene on their phones.

Tiger, wielding a driver, unleashes a healthy warmup cut, while Charlie looks to be working on his short-iron game.

Last month, Tiger said the prospect of playing with his son was "incredible."

“I can’t tell you how excited I am to be playing with Charlie in our first official tournament together,” the proud dad said in a statement. “It’s been great watching him progress as a junior golfer, and it will be incredible playing as a team together in the PNC Championship.”

The tournament was set to be broadcast by the Golf Channel beginning Saturday, with the Woodses set to tee off shortly before noon.