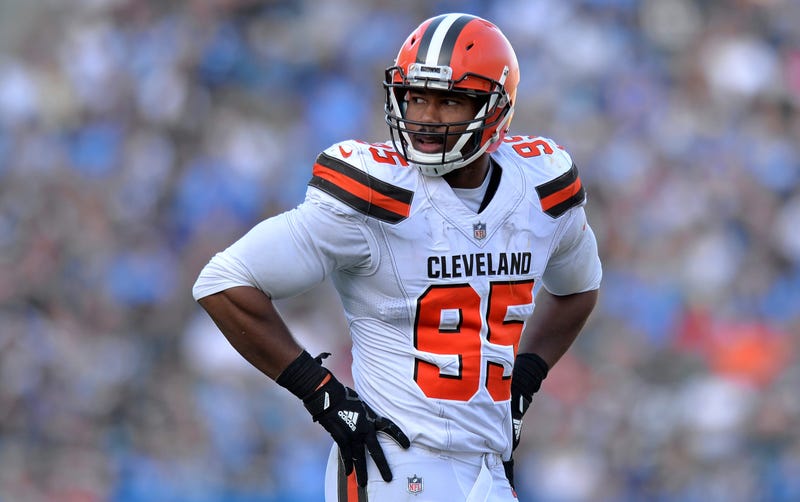 Cleveland (92.3 The Fan) - Myles Garrett is finally getting paid.

The Browns officially signed the star defensive end to a massive five-year extension worth $125 million on Wednesday.

At the end of April, the Browns exercised the fifth-year option of Garrett's rookie deal, worth $15.184 million.

Now, Garrett becomes just the fourth Browns first round pick to sign an extension from his rookie deal since 1999. Joe Thomas was the first, Alex Mack was the second, and Joe Haden most recently.

The No. 1 pick in the 2017 NFL Draft is entering the fourth year of his original contract, which was fully guaranteed and paid $30.412 million over the first four years.

With this mega-deal, Garrett will get $25 million a year.

Garrett, who has amassed 30.5 sacks in 37 career games played, is just 24 years old. He's the first pass rusher to average $25 million per year, and becomes the NFL's highest defensive player ever.

Khalil Mack of the Chicago Bears was previously the NFL's highest-paid pass-rusher at $23.5 million per year after signing a six-year, $141 million contract extension in 2018.

Garrett racked up 10.0 sacks in 10 games in 2019 before being suspended for the remainder of the year for ripping off the helmet of Mason Rudolph and hitting the Steelers quarterback in the head with it in the closing seconds of a 21-7 victory in November.

He was reinstated by commissioner Roger Goodell in January.