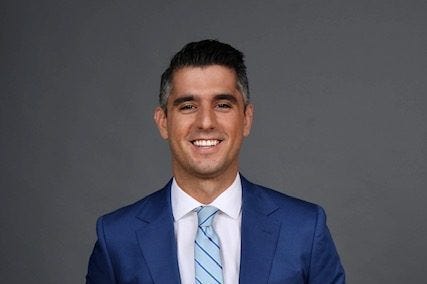 According to Fox 8, Joe "is leaving FOX 5 New York where he was an anchor and chief political reporter. Before joining FOX 5, Joe was a producer for NBC’s ‘Meet the Press,’ where he covered some of the biggest political stories and national headlines for 5 years."

Joe, like Jen (and Producer Matt - who double majored with Sociology!), is a John Carroll University graduate with a degree in Communications.

We're so excited that he's back in town!