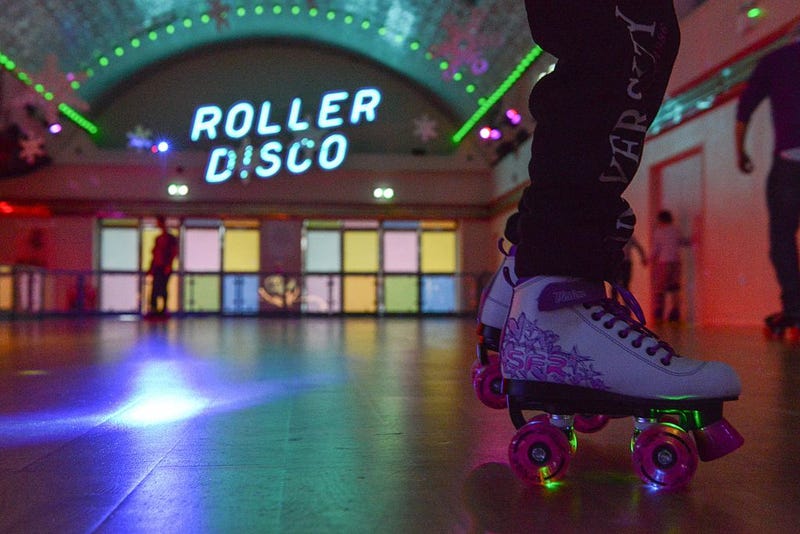 Northside Tavern - Built in the 1940’s - this was in West Midtown before anyone even called it “West Midtown.”

Clermont Lounge - Atlanta’s oldest strip club, with the basement built in 1955 as a Supper Club, and reborn as the Clermont Lounge in 1965. Beer in a can; wine and spirits in a plastic cup. Made Blondie famous.

Sparkles - Celebrating over 60 years of skating, with the first location in Mableton opening in 1959!

Moondogs - Opened in 1993- In early 2000s, this was a hot spot for the recent college grads, still young enough to wear their Greek letters. Lots of Georgia Bulldog frayed hats, Masters polos and khaki pants.

MJQ Concourse - The underground club that started in 1997! No sign on the door. You just gotta know where to go. Late late night place to “party party.”

Tongue & Groove - Originally in Buckhead Village since ‘94, but moved in 2007

Halo - The upscale bar located underneath the Biltmore Hotel is celebrating 20 years this year! The beautiful people bar. Wear heels.

1thing
1Thing: What does it mean to be eco-friendly?
1thing
3 reasons why you should choose organic tea
music
Maren Morris and Ryan Hurd on ‘Chasing After You,’ and chasing 1-year-old Hayes around the house
sports
Jeremy Lin reveals he has been called 'coronavirus' on the court
1thing
1Thing: Turn off the power on March 27 for Earth Hour 2021
sports
Eddie Murphy confirms Prince beat him at basketball, as depicted on Chappelle's Show