A Wisconsin toddler has been safely reunited with her family after having gone missing for 24 hours.

Three-year-old Abigail Ladwig was reported missing by her mother after being last seen wandering off with the family dog, a brown cocker spaniel named Peanut, on Sunday evening at around 6:45 pm, reported People.

According to the Ashland Daily Press, Abigail was barefoot at the time of her disappearance and noted that the family’s home was surrounded by 40 acres of forest.

Over 100 volunteers joined Sawyer County Search and Rescue in trying to locate the lost child and pup. Throughout the course of the night, helicopters and drones were also used to try and track them down.

On Monday at around 7:40 pm, both Abigail and Peanut were found “walking from the woods into a neighboring yard a short distance from her home,” the Sawyer County Sheriff’s department said in a Facebook post.

Abigail suffered “minor scratches, insect bites and dehydration” and was transported to the hospital for treatment and released, the post noted.

It is assumed Peanut was unharmed as no other information was released regarding their disappearance.

"A special thanks to the hundreds of volunteers and other agencies involved in the search for Abigail," wrote Sheriff Doug Mrotek. 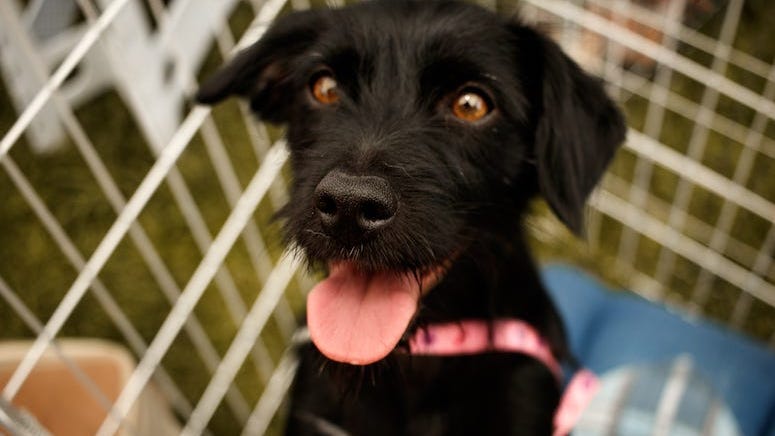