Nearly 40 years after "Family Ties" premiered, the cast came together for a nostalgic reunion.

Cast members of the famous 1980s NBC sitcom reunited on the ongoing series "Stars in the House" to share their memories of filming the show. If you had a television in the family room back in the day, you probably watched the show for its seven seasons from 1982 to 1989.

During the get-together, the cast discussed the show's plot, which highlighted parents Elyse and Steven Keaton, former hippies now raising a family in the suburbs. Their son, Alex Keaton, was a supporter of President Ronald Reagan, which caused the family to face some household arguments.

While the TV family discussed the history and their memories of the show, some cast members revealed that they stole props and items from the Hollywood set.

"I'll tell you what I do have, check this out," Gross said as he showed off a clapperboard from "show No. 83."

When the co-hosts asked Gross if he took it or stole it, Yothers yelled, "We stole this s—-." 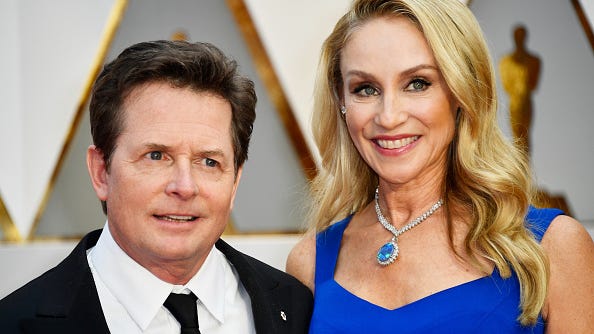 Michael J. Fox reveals the secret to his 32-year marriage to Tracy Pollan

Another revelation from the reunion was the cast acknowledging there was never any behind-the-scenes drama.

"I didn't know how contrary some shows could be and how some casts quarreled the way they did," Gross said. "I mean, I just thought it was all perfection the way ours was and I didn't really understand that things don't always go this particularly well — that there was no controversy, not a lot of problems."

The reunion was held in support of The Actors Fund, which helps "anyone in the artistic community with essential needs like financial support to buy groceries, pay rent and pay doctor's bills," People reports.