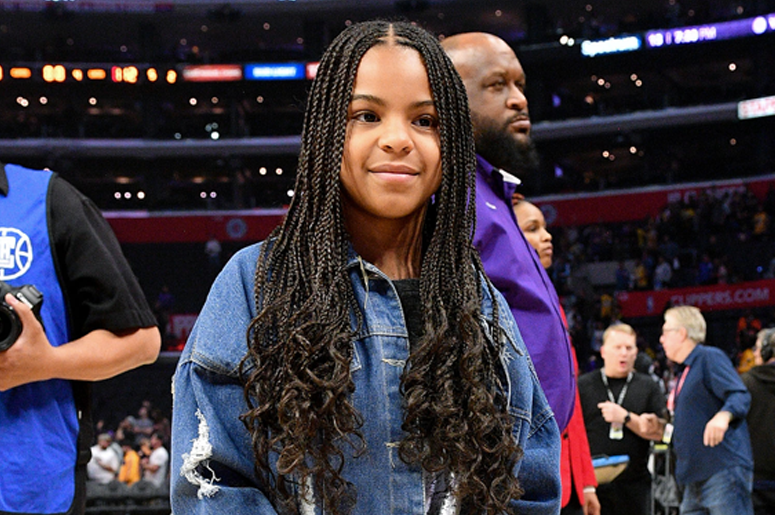 Blue Ivy Carter is one booked and busy eight year old. Besides being an obviously gifted singer, a make up artist in the making, and BET Award winner, you can now add narrator to Blue’s ever growing resume.

On this very Monday morning, Oscar winner Matthew A. Cherry, dropped the mic, so to speak, with a simple tweet. Letting us know that Beyoncé and JAY-Z's daughter has taken on the role of narrator for the new Amazon Audible of his hit children's book Hair Love. No introduction was needed, as Cherry got straight to the point sharing a clip and visual introducing the children's story and teasing Blue’s narration of it.

Based on the short film released last year, for which he won the 2020 Academy Award for Best Animated Short Film, Cherry’s Hair Love tells a story about a father-daughter duo Stephen and Zuri as they attempt to style Zuri's hair for a special occasion while her mother, Angela, is away.

Per it's Audible page, the book is applauded as “an ode to loving your natural hair - and a celebration of daddies and daughters everywhere.” Displaying just one example, of already many earned praises the book has received for showcasing a positive perspective on young Black children learning to love and embrace their natural hair.

sports
Ernie Johnson reveals the maddest he ever got at Charles Barkley: 'I was hot'
sports
Patriots’ Chase Winovich calls New Hampshire a ‘God-tier’ state
news
People accidentally poison themselves with horse drug while trying to treat COVID-19
music
‘Rebelde’ regresará en Netflix: Conoce el nuevo elenco
news
CDC to announce guidelines for those who are fully vaccinated as early as this week
sports
Shannon Sharpe doesn't like Mike Tomlin pointing fingers at others after Eric Bieniemy gets shut out