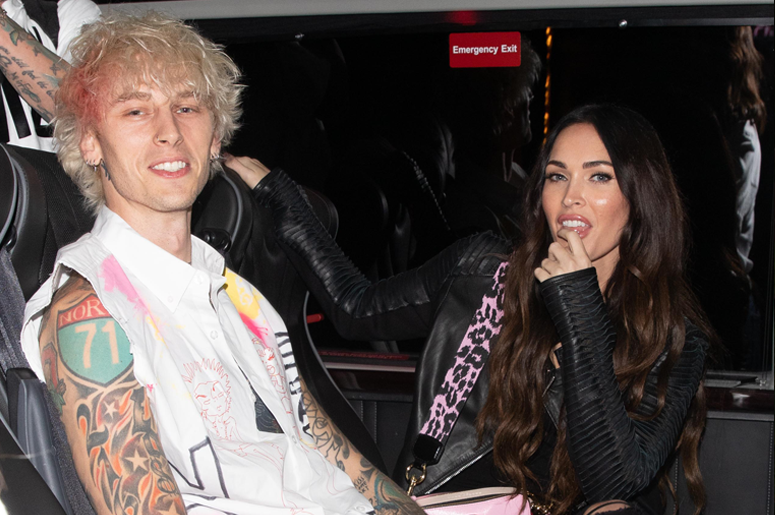 Machine Gun Kelly recently sat down with NYLON to discuss the undeniable success of his latest album, Tickets to My Downfall, plus what he refers to as “a new reveal of me. A debut.” Besides once again having to addressing his new sound, Kelly also talked about his newfound love with Megan Fox.

Within the piece, Kelly, real name Colson Baker, attributes his overall mellower vibe to Fox. “Love is not what’s being encouraged now. In fact, it’s exactly the opposite: Everything now is isolation, dehumanization, separation,” MGK says. “And f***, dude, you have in your head that you’re this rock star, with multiple women and all that…” after a brief pause, he continues. “So finding someone that can take you out of the fast lane and make sure that you're safe, because at any minute you can crash — I love that it can evolve into that.”

And while, yes, the interview was with MGK, Fox had a few comments of her own about her love for Colson. And when Megan Fox talks, we listen.

Megan expressed that any change on Kelly’s end isn’t made through “an attempt to control him on my end.” That if anything, “he looks to me to avoid his own self-destructive tendencies. And that’s where I'm useful because on his own and left to his own devices I don’t know how much interest he has in caring for himself.”

Additionally Fox described their relationship as a “once in a lifetime thing” and a connection of “mythic proportions.” Poetically adding that “loving him is like being in love with a tsunami or a forest fire.”

“The intensity of merging with him is just overwhelming, and the threat it poses is so powerful but so beautiful that you have no choice to surrender with reverence and with gratitude.”

After meeting Kelly for the first time on the set of the forthcoming crime thriller Midnight in the Switchgrass, Fox quickly realized that Kelly’s bad boy persona, while stemming from “very real rage and a very deep pain” was just his way of “hiding himself from himself and from the rest of the world.” Sharing that within those first few moments, “I looked into his eyes [and] I felt the most pristine, most gentle, most pure spirit. My heart shattered immediately and I just knew that I was f*****.”

Ummmm, we’re obsessed. Megan’s honesty is kind of everything, and seriously, we can not get enough of these two. If you're with us on that, check out MGK's full interview with NYLON here.