If you love Pumpkin Spice Lattes, this might be your lucky day.

If it feels like pumpkin spice season begins earlier each year, you’re not wrong.

Starbucks announced that it will begin selling Pumpkin Spice Lattes and other fall items, marking the drink’s earliest release ever, reported Business Insider.

If it feels like pumpkin spice season begins earlier every year, you're right. https://t.co/0h7ZxEOIpX

In July, USA Today revealed that Starbucks' popular seasonal drink would appear on menus by the end of September. Last year, the PSL returned on August 27th.

Also in July, the outlet confirmed that the coffee giant plans to expand curbside pickup to as many as 1,000 locations.

The news comes as Starbucks disclosed revenue went down 38% in the most recent quarter due to the COVID-19 health crisis.

However, the company remains hopeful.

“We believe the worst is behind us,” Chief Financial Officer Patrick Grismer said.

Due to the pandemic, 70% of stores in the United States do not allow interior seating, urging employees to introduce curbside service.

Different parts across the country are already accustomed to wearing face coverings inside Starbucks cafes and elsewhere in public. 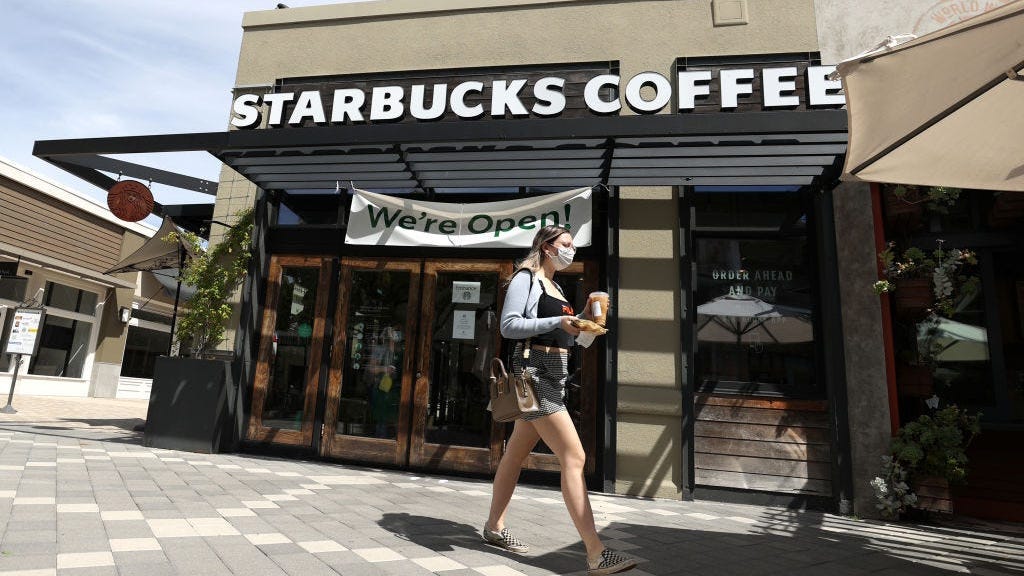 Starbucks Will Require Customers to Wear Face Masks at All U.S. Locations

The coffee giant made it a nationwide mandate for customers to wear face coverings at their 9,000 company-owned stores in the United States starting on July 15th.

Those who refuse to wear masks can get their orders via curbside pickup, drive-thru, or using the Starbucks app, the company said.

To prioritize the health of their employees & customers, the mandate will affect about half of the company’s 18,000 stores.

“This decision was based on a growing number of government mandates requiring individuals to wear facial coverings while in public as well as guidance from the CDC and other public health officials and partner feedback,” a representative for the company said.

In April, Starbucks began making it mandatory for employees to wear face coverings as part of broader safety guidelines implemented amid the coronavirus pandemic.