Olivia Miller, a behavioral analyst, and Cole Hauge, a fellow in the neuropsychology program, both work at Boston Children's Hospital.

On Friday, after getting their COVID-19 vaccines together, they announced that they have decided to spend the rest of their lives together.

"This sweet couple announced their engagement with another major milestone — receiving their #COVID19 vaccines together at Boston Children's," the hospital posted on Instagram.

In the first photo, Miller and Hauge are sitting with their arms linked as two nurses administer the vaccines. The second photo shows the aftermath as the couple has their sleeves rolled up and their Band-Aids on full display. Miller is also flaunting her ring to the camera.

"It's just been such a dark time and I was so surprised by the engagement, that I felt like this was a nice way to share the good news, that not only did we have the privilege of getting the vaccine, but also we were engaged," Miller told WHDH.

"It just felt that extra special,” she explained of the timing.

Hague said he was hesitant about sharing the news publicly during the vaccination but admits that he doesn’t regret it.

"When we actually got in there and seeing how excited all of the nurses that were administering the vaccine were, as well [as when Olivia's] coworkers showed up to take pictures, it actually felt really perfect in the moment," he told the outlet. 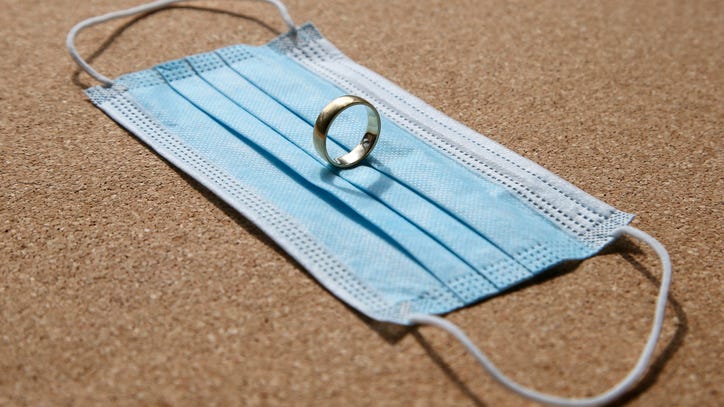 "Having something to remind yourself of why you're getting [the vaccine] makes it that much easier," Miller noted.

She even joked that the duo might exchange vows while getting their second dose.

The duo said that they hoped the vaccine would be accessible to all Americans soon.