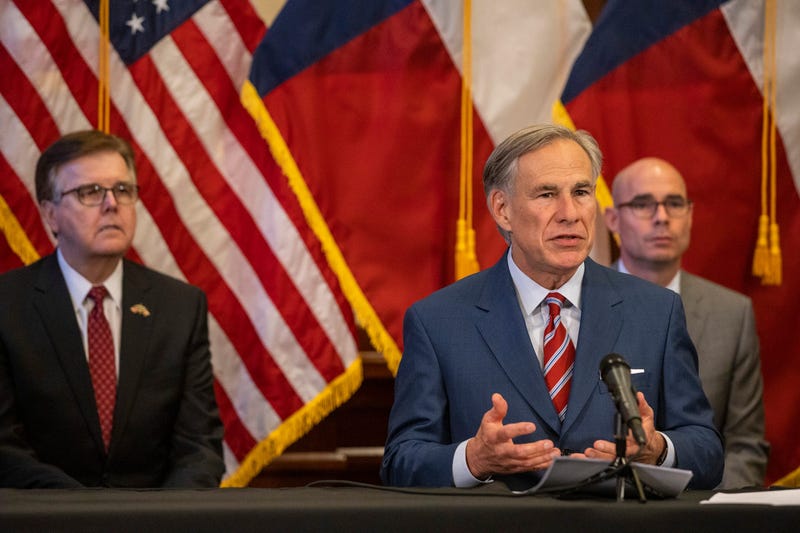 AUSTIN (Talk1370.com) -- As the beginning of the 2020-21 school year continues to inch closer, Texas Gov. Greg Abbott and other state leaders released a statement Friday morning on the controversy surrounding school openings and whether local health authorities can issue blanket orders closing schools.

"The Texas Education Agency’s (TEA) guidance for opening public schools in Texas for the 2020-21 school year remains the same as announced two weeks ago," the statement said. "This guidance followed a letter issued jointly by the Governor, Lieutenant Governor, Speaker, and Chairs of the Senate and House Education Committees. The top priority is protecting the safety and health of students, teachers, staff, and families. To achieve that goal, the TEA provided local school boards the flexibility they need to open schools in ways that ensure public safety while also providing the best education options for students during this challenging school year."

"The authority to decide when the school year will begin lies with local school boards," the statement continues. "They can choose dates in August, September, or even later. But, whenever the local school board chooses to open, the board must comply with the requirement to provide the necessary number of days and hours of instruction for students."

Friday's statement comes after Texas Attorney General Ken Paxton issued a guidance letter to Stephenville Mayor Doug Svien saying that "nothing in the law gives health authorities the power to indiscriminately close schools - public or private - as these local orders claim to do."

"The TEA and the Attorney General correctly note that local health authorities play an important role in school closure determinations during the course of a school year if it is determined that a contamination has occurred necessitating closure," the statement continues, "but local health authorities do not have the power to issue preemptive, blanket closures of schools weeks or months in advance of when a school may open its doors to students. Pre-existing Executive Orders have repeatedly made clear that local government operations, such as public schools, are permitted to be open."

Several jurisdictions across the state, including Travis County, have issued blanket health control orders that aim to keep schools closed until at least Labor Day.

"School boards established by the Texas legislature play a unique and pivotal role in school decisions that must not be superseded by other local authorities unless expressly allowed. It is clear that school boards can and should work collaboratively with, but not be subject to the advance directives of, local public health authorities, to ensure a safe and effective learning environment for Texas students."