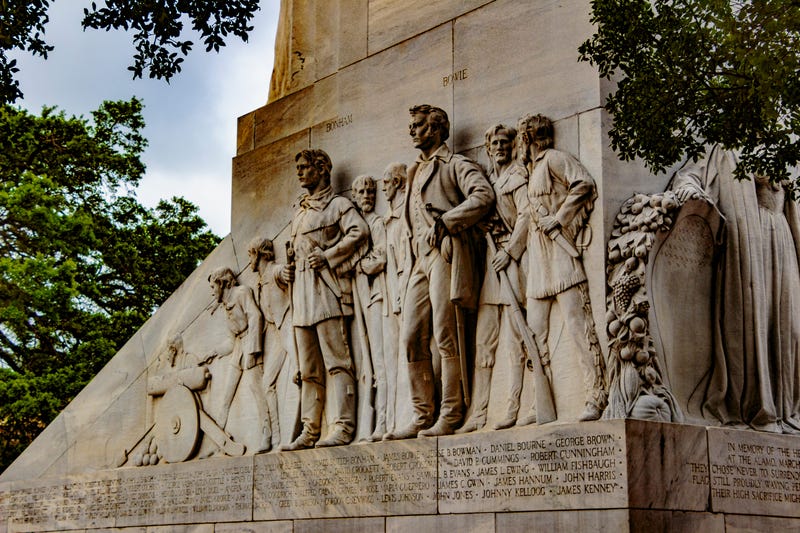 AUSTIN (Talk1370.com) -- A monument to the defenders of the Alamo will stay where it is, after a state historical review panel rejected a plan to move the monument Tuesday.

The 58-foot tall marble Alamo Cenotaph has stood in Alamo Plaza since 1939. Planners of a $450 million renovation project that's been underway for six years now had hoped to move the monument about 500 feet south of its current location, to a spot in front of the Menger Hotel.

"The Cenotaph should be located where the blood flowed," said Texas Historical Commission Chairman John Nau following the nine hour meeting Tuesday. "Monuments to the fallen are placed where they fell."

Tuesday's 12-2 vote by the commission rejected a bid from the city of San Antonio to repair and relocate the monument, despite an earlier 6-3 approval by a commission advisory board.

Texas Lt. Gov. Dan Patrick testified against the proposal to the Commission, saying it would "erase history."

Opponents of the monument's move, including the Alamo Defender Descendants Association, aim to keep the Cenotaph within the area that was once surrounded by the Alamo's walls. The group is aiming to have the monument declared as a cemetery in hopes of stopping any future efforts to move the Cenotaph.

Supporters of the project say they'll discuss their options in the coming days. The City of San Antonio released a statement, saying that after a "disappointing vote to deny the restoration and relocation of the Cenotaph, the Alamo Master Plan remains a plan without a project."