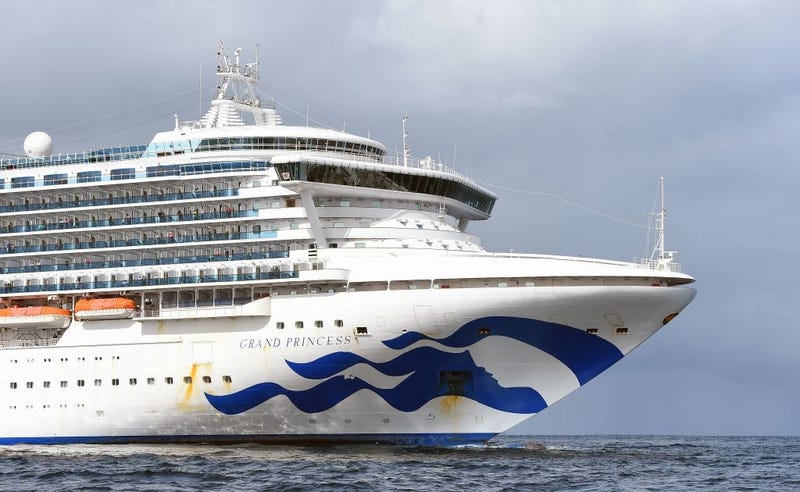 SAN ANTONIO (Talk1370.com) -- Federal officials say a number of evacuees from the Grand Princess cruise ship currently being held off the coast of California will be transferred to Lackland Air Force Base in San Antonio while they remain under quarantine.

In a release from the U.S. Department of Health and Human Services, passengers will be transferred to four different facilities for screenings, testing for COVID-19, and a 14-day quarantine period. California residents will be sent to Travis Air Force Base and Miramar Naval Air Station, while other residents of other states will be sent to Lackland in San Antonio and Dobbins Air Force Base in Georgia.

Texas Gov. Greg Abbott's office says approximately 90 Texans are among the group expected to be transferred to the base. About 3,500 passengers from 54 countries are onboard the cruise ship, and at least 21 cases of the virus are known to be on board.

"All of the repatriated citizens will remain at Lackland under quarantine until they clear the revised and heightened testing protocol to ensure they are not affected by the COVID-19 virus," Abbot said.

San Antonio Mayor Ron Nirenberg says the city has been assured evacuees arriving at Lackland are without symptoms, and that the evacuees would remain on federal ground with federal resources.

Last night, we received word that the federal government has opted to quarantine evacuees from the Grand Princess cruise ship at Lackland AFB.