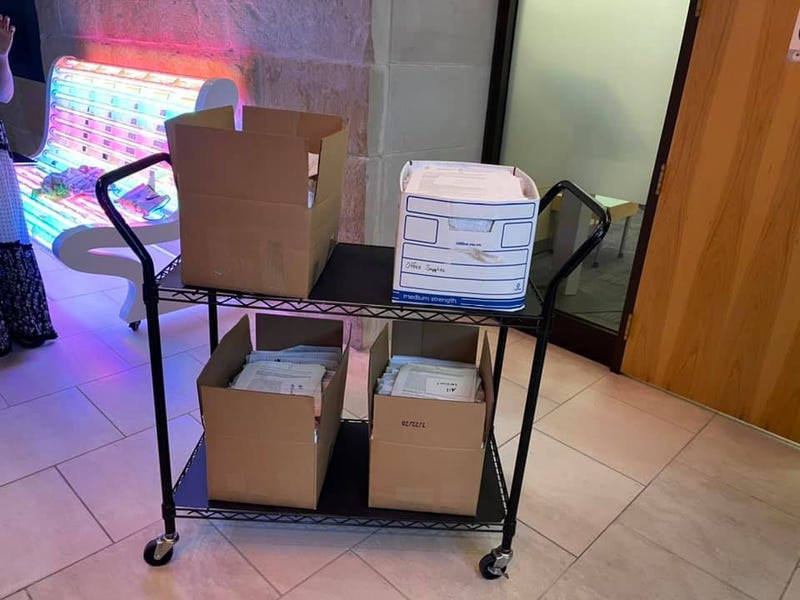 AUSTIN (Talk1370.com) -- A group aiming to put an ordinance before voters that would reinstate Austin's camping ban says it has collected enough signatures to put the issue on the May 1 ballot.

Save Austin Now says it has collected more than 30,000 signed petitions and more than 24,000 validated signatures since December 1.

The group is calling for an ordinance that would reinstate the ban on camping across the city, restore the sit-lie ordinance in the downtown area and expand it to include the University of Texas campus and surrounding area, and banning panhandling between 7 p.m. and 7 a.m. across the city.

The Austin City Council voted in 2019 to repeal the camping ban and other ordinances. An earlier petition effort last summer was rejected by the Austin City Clerk's office, who said the petition was 900 signatures short of the 20,000 needed. Save Austin Now's co-founders, Matt Mackowiak and Cleo Petricek, are suing the city for inappropriately throwing out signed petitions in that effort.

"This is an extraordinary accomplishment by our supporters and army of volunteers," Mackowiak said in a statement. "Last time we had 148 days. This time we had about 50 days, and that included a resurgence of COVID, and Christmas, Hannukah and New Year’s in the middle of it. More than 30,000 Austin residents signed our petition because they desperately want to live in a safe city. That should not be too much to ask."

Pending validation by the clerk's office, the city has a deadline of February 12 to approve ballot language for the May 1 election. This time, Save Austin Now officials validated every signature they turned in, discarding about 6,000 that could not be validated.

Mackowiak said more than 250 unpaid volunteers worked over the past 50 days to collect the 30,000 petitions.

"Residents should be able to walk to a park, or to school, or to their car without being accosted or feeling unsafe," Petricek said in a statement. "Our city leaders have not listened to the residents. Now residents can have their voice heard. We all want a safe city and we all should demand a safe neighborhood. Restoring the camping ban will save our city.”

The Austin Police Association has also thrown its support behind the effort. “The taxpaying citizens of Austin were never truly allowed to participate in the process of making changes to the city ordinance," APA President Ken Casaday said in a statement. "Additionally, the Chief of Police was ignored on this important public safety issue. We believe it’s time for the community to have a say in an ordinance that drastically affects Austinites and our tourism industry.”