The silver monolith found in a remote Utah desert has disappeared, barely a week after it was discovered.

The Utah Department of Public Safety said the agency’s Aero Bureau found a very mysterious object while conducting a count of big horn sheep last week in Red Rock County, located in the southeastern part of the state. 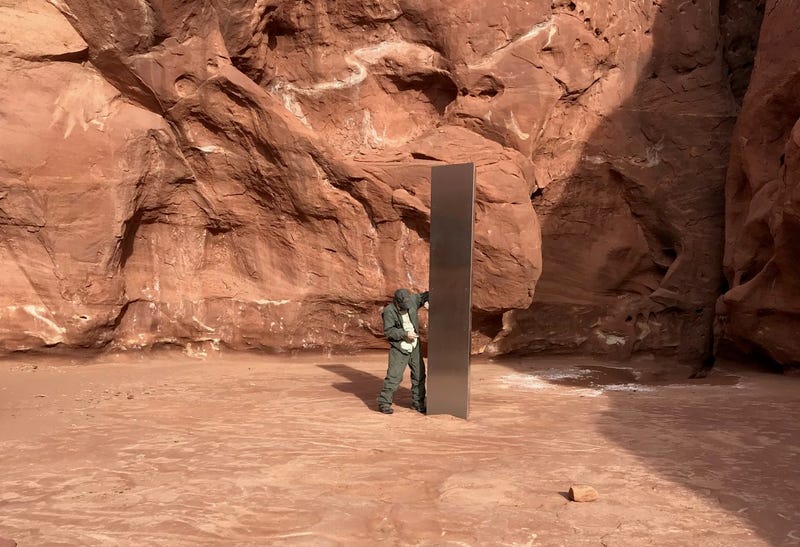 The Bureau of Land Management said the structure was removed on Friday evening, but the agency did not remove it.

The Salt Lake Tribune went to the location of the obelisk Saturday and discovered that all that was left of the tower was a triangular metal piece and a hole.

Colorado resident Riccardo Marino told the news outlet that he saw someone driving a truck away from the area with a large rectangular object in the back at about 10:40 p.m.

The monolith echoed Stanley Kubrick’s brilliant "2001: A Space Odyssey," where a tall, alien monolith is a central part in the film’s plot and most famous scenes.

There was no indication of who might have originally illegally installed the monolith. 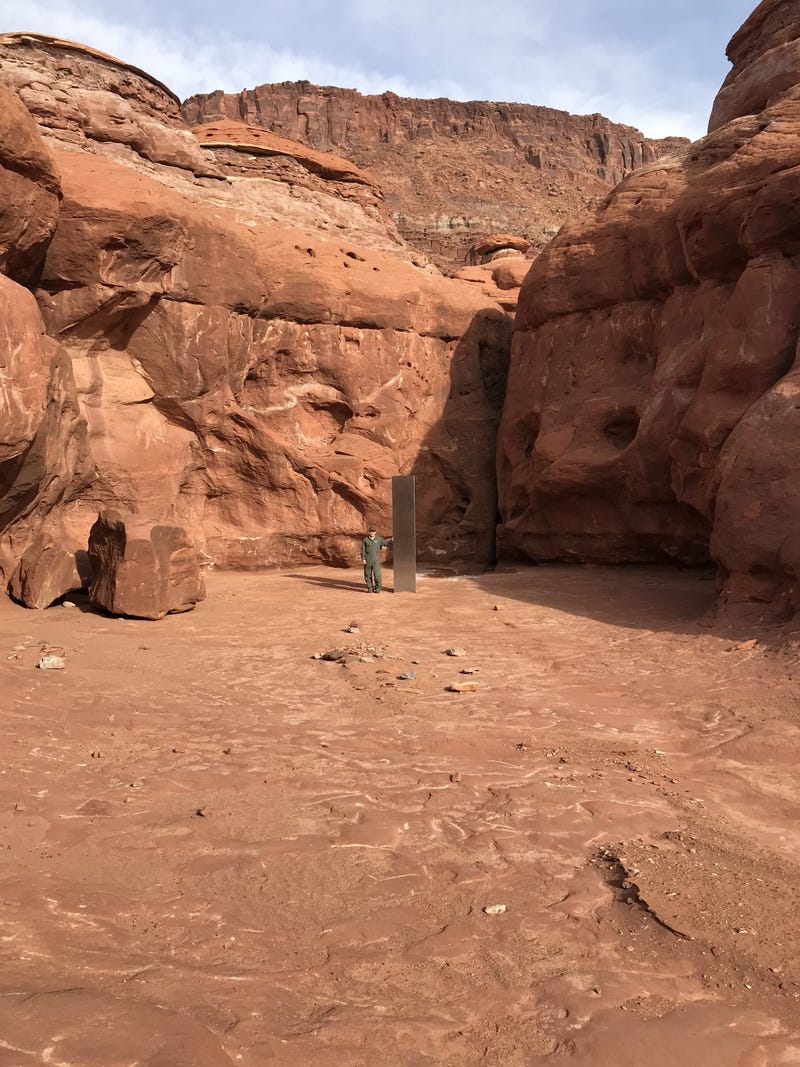 Staff aren't sure where it came from or how it got there. Photo credit Utah Department of Public Safety