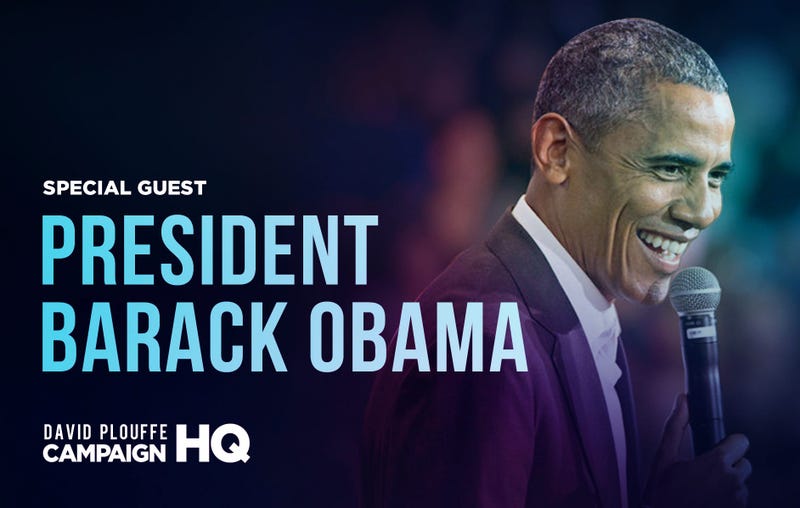 As the 2020 election kicks into high gear, former President Barack Obama has been very vocal about his support of his former Vice President Joe Biden’s presidential campaign.

David Plouffe, President Obama’s campaign director and host of Cadence13’s “Campaign HQ,” recently sat down with the 44th president of the United States to discuss the Biden campaign, his recent choice of Senator Kamala Harris as his running mate, and the impact that COVID-19 could have on the election. 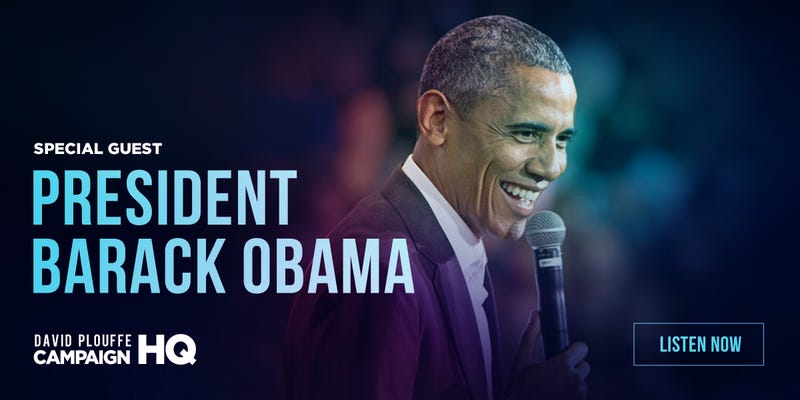 Listen to the full Barack Obama interview on Cadence13's "Campaign HQ" with David Plouffe on RADIO.COM.

Obama voiced support of Biden's decision to select Harris as his campaign running mate this week, and said it's just a preview of strong judgment to come if Biden is elected into the White House in November.

“I think it was a terrific decision, and indicative of the kind of decision making Joe is going to display once he gets to the White House,” Obama said of the historic selection.

“Kamala is somebody I've known for years. She is smart. She is tough. She is somebody who I think will be able to share the stage with Mike Pence, or whoever else, and dissect some of the terrible decisions that have been made over the last four years that have helped create worse problems than were necessary in the midst of this pandemic.”

Selecting someone “who would be prepared on day one to assume the presidency in the event that that was necessary” is important, Obama said, but for him, the relationship between the President and Vice President goes beyond that.

“The most important thing Joe provided was just somebody whose judgment I trusted, so that after we had gone through briefings and puzzled over what options were available to solve big problems, I could say to Joe ‘What do you think?’ And I knew that he would give me reasoned advice, and he would make sure that whatever advice he gave was private,” he shared.

“That kind of trust is something that I think Joe and Kamala can develop, and I think they'll make a terrific team.”
The challenges a President faces in office

He also spoke frankly about some of the challenges that a President faces, including dealing with a wide array of problems.

“There's no way as President of the United States, that you are going to be an expert on every subject that comes before you,” said Obama, but “what you can do is assemble the strongest team possible, and create a culture that says let's all focus on a problem. Let's bring in top experts. Let's look at the facts, let's challenge assumptions. And then the president has to make a decision.”
The effects of the COVID-19 pandemic on the election

Obama was also frank about how the coronavirus pandemic has affected the political landscape, saying that there has not been an American election in the middle of a deadly pandemic, creating additional challenges for the public to cast their vote.

“There's no possibility of a vaccine for COVID being developed and distributed between now and the election, but it is possible that some of the trials that are being done result in us knowing before the election that a vaccine is on the way,” he said.

The former President wants people to vote, and to vote early if they can.

“If you are in a jurisdiction, if you're in a state where you have the option to vote early, you need to do that now, because the more votes are in early, the less likely you're going to see a last minute crunch, both at polling places and in those states where mail-in ballots are permitted,” Obama said.

“As much as possible, we want to relieve that pressure because I'm confident that if we get a high percentage of people voting, I'm confident Joe Biden will be the next President of the United States,” he added.
The issues surrounding the US Post Office and mail-in ballots

Obama also addressed the current issues that the United States postal service is facing, and how that could affect voting by mail, asserting discussions have stalled between the two major political parties on how to best address the economic impact of the coronavirus pandemic and institutions like the postal service.

“[The Democrats] put forward a proposal months ago to make sure that people got additional relief, that small businesses got additional help, and that certain parts of government, including the Post Office, as well as state and local governments that are getting clobbered by this crisis, also get help so that they can keep on doing the important business that they do to help the American people in all kinds of ways.”

Obama continued, saying that “for reasons that you and I probably don't completely understand, other than, I guess, pure ideology on their part, and this, uh, consuming hatred of government, the Republicans didn't put anything forward. So, you had negotiations between Democrats and Republicans in Congress go to the last minute, they're now deadlocked. You now have the president throwing in this additional monkey wrench trying to starve the postal service.”

But Obama is hopeful looking forward, confident that Americans will have their voices heard at the polls in November.

“I think what the American people are looking for is sober, serious, thoughtful, compassionate, empathetic leadership that's listening to them, and understands what they're going through, and is trying to bring the country together,” said Obama, sharing that he is “confident that if, if we do our jobs, Joe Biden and Kamala Harris are gonna be able to do their jobs and the country will be better for it.”

Listen to the full interview on RADIO.COM.