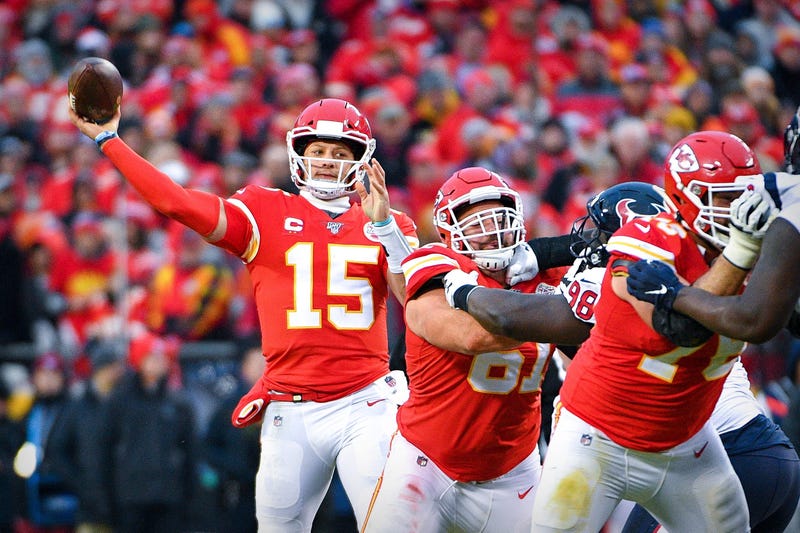 KANSAS CITY, Mo. -- Down 24-0 early in the second quarter of their playoff game against the Houston Texans, the Kansas City Chiefs went on an offensive tear that rewrote NFL playoff records en route to a 51-31 victory.

The Chiefs scored touchdowns on their next seven possessions, a feat that had never been accomplished in playoff history. A field goal on the next possession gave them scores on eight straight offensive series.

The mistake-prone favorites who handed Houston a 24-point lead, silencing the sellout crowd at Arrowhead Stadium, turned the game into a laugher.

The Chiefs host the Tennessee Titans Sunday in the second consecutive AFC Championship Game at Arrowhead Stadium. Kickoff is at 2:05. The NFC Conference Championship kicks off at 5:40 between the Green Bay Packers and the San Francisco 49ers.

Runningback Damien Williams scored two touchdowns on the ground and one receiving.

Texans quarterback Deshaun Watson was sharp in defeat, throwing for 388 yards and 2 scores. 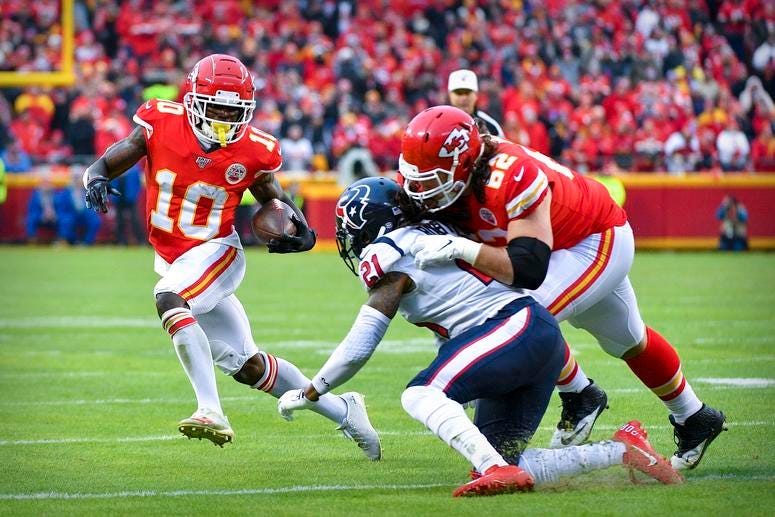