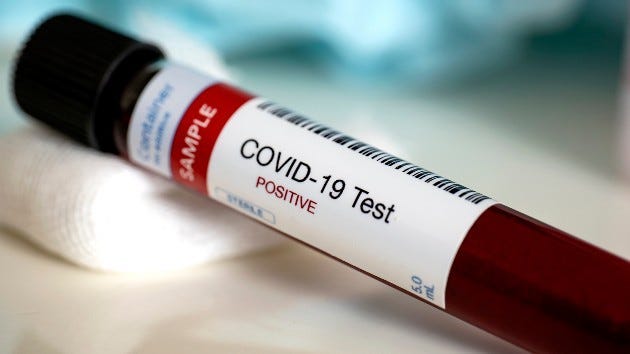 (NEW YORK) -- A pandemic of the novel coronavirus has now infected more than 92.4 million people worldwide and killed over 1.98 million of them, according to real-time data compiled by the Center for Systems Science and Engineering at Johns Hopkins University.Here's how the news is developing Thursday. All times Eastern:

A total of 965,000 workers filed jobless claims last week, the U.S. Department of Labor said Thursday, an increase of 181,000 from the prior week.The Labor Department also said that more than 18 million people were still receiving some form of unemployment benefits through all government programs for the week ending Dec. 26. For the comparable week in 2019, that figure was just above two million.The weekly unemployment tally has fallen since peaking at 6.9 million in March but still remains elevated by historical standards.The pre-pandemic record for weekly unemployment filings was 695,000 in 1982.That record has been broken every week since late March.As of last month, the unemployment rate in the U.S. was 6.7%. It was 3.5% last February.

An international team of scientists researching the origins of COVID-19 arrived on Thursday in Wuhan, China, where the coronavirus was first discovered, the World Health Organization said.

“The experts will begin their work immediately during the 2 weeks quarantine protocol for international travelers,” the WHO tweeted.

This week’s national  released by the Centers for Disease Control and Prevention predicts that 16,200 to 29,600 more Americans will likely die in the week ending Feb. 2.