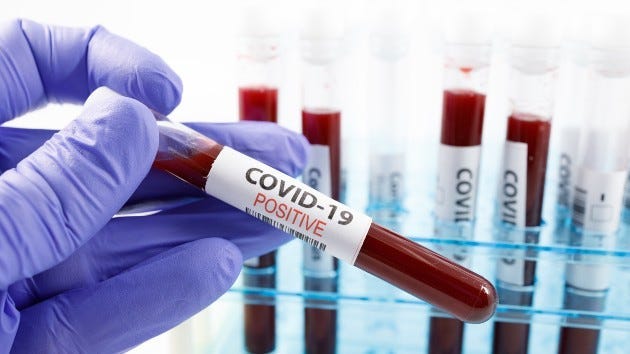 By MORGAN WINSOR, ERIN SCHUMAKER and EMILY SHAPIRO, ABC News(NEW YORK) -- A pandemic of the novel coronavirus has now infected more than 91.4 million people worldwide and killed over 1.95 million of them, according to real-time data compiled by the Center for Systems Science and Engineering at Johns Hopkins University.Here's how the news is developing Wednesday. All times Eastern:

Jan 13, 6:24 amJapan declares state of emergency in seven more prefecturesJapanese Prime Minister Yoshihide Suga declared a state of emergency in seven additional areas on Wednesday, as COVID-19 cases continued to climb.The latest state of emergency was declared for the prefectures of Osaka, Hyogo, Kyoto, Aichi, Gifu, Fukuoka, and Tochigi.The move comes one week after Suga declared a state of emergency in Tokyo and three neighboring prefectures due to rising infections and a growing death toll.A state of emergency declaration gives the governors of those respective regions the authority to ask residents for cooperation in efforts to curb the spread of the virus. There are currently no legal ramifications for non-compliance.Under the state of emergency, which takes immediate effect and is expected to end Feb. 7 for all 11 prefectures, Suga said governors will ask residents to refrain from dining out and to stay home after 8 p.m. unless for essential reasons. They will also ask companies to decrease the number of employees commuting to work by 70%.Suga said bars and restaurants will be asked to stop serving alcohol by 7 p.m. and to close by 8 p.m. Governors may disclose the name of the businesses that don't comply, while those that do will be given 1.8 million Japanese yen ($17,000) per month.Spectator events will be limited to an audience of 5,000 people. Schools will not be asked to close, according to Suga.Suga's predecessor, Shinzo Abe, declared a nationwide state of emergency relatively early in the pandemic in April, which lasted for a month. At that time, residents were asked to reduce person-to-person contact by 80% and to practice "jishuku," or "self-restraint," by staying at home and closing non-essential businesses.The Japanese Ministry of Health, Labor and Welfare registered 4,521 newly confirmed cases of COVID-19 as well as 51 additional deaths from the disease on Tuesday, bringing the country's cumulative total to 295,257 cases with at least 4,144 deaths.

Jan 13, 4:42 amUS sees deadliest day yet from COVID-19There were a record 4,327 new deaths from COVID-19 registered in the United States on Tuesday, according to a real-time count kept by Johns Hopkins University.Tuesday's tally overtakes the country's previous all-time high of 4,194 fatalities from the disease, which were registered on Jan. 7, Johns Hopkins data shows.An additional 215,805 new cases of COVID-19 were also confirmed nationwide on Tuesday, down from a peak of 302,506 newly confirmed infections on Jan. 2. It's the eighth consecutive day that the country has reported more than 200,000 new cases, according to Johns Hopkins data.COVID-19 data may be skewed due to possible lags in reporting over the holidays followed by a potentially very large backlog.A total of 22,846,808 people in the U.S. have been diagnosed with COVID-19 since the pandemic began, and at least 380,796 of them have died, according to Johns Hopkins data. The cases include people from all 50 U.S. states, Washington, D.C., and other U.S. territories as well as repatriated citizens.Much of the country was under lockdown by the end of March as the first wave of the pandemic hit. By May 20, all U.S. states had begun lifting stay-at-home orders and other restrictions put in place to curb the spread of the novel coronavirus. The day-to-day increase in the country's cases then hovered around 20,000 for a couple of weeks before shooting back up over the summer.The numbers lingered around 40,000 to 50,000 from mid-August through early October before surging again to record levels, crossing 100,000 for the first time on Nov. 4, then reaching 200,000 on Nov. 27 before topping 300,000 on Jan. 2.

Jan 13, 3:57 amTexas surpasses two million total casesTexas has become the second U.S. state to have a total of more than two million diagnosed cases of COVID-19.The Lone Star state surpassed the grim milestone late Tuesday, with a cumulative tally of 2,014,645 confirmed cases. California currently has 2,795,978, according to a real-time count kept by Johns Hopkins University.Copyright © 2021, ABC Audio. All rights reserved.