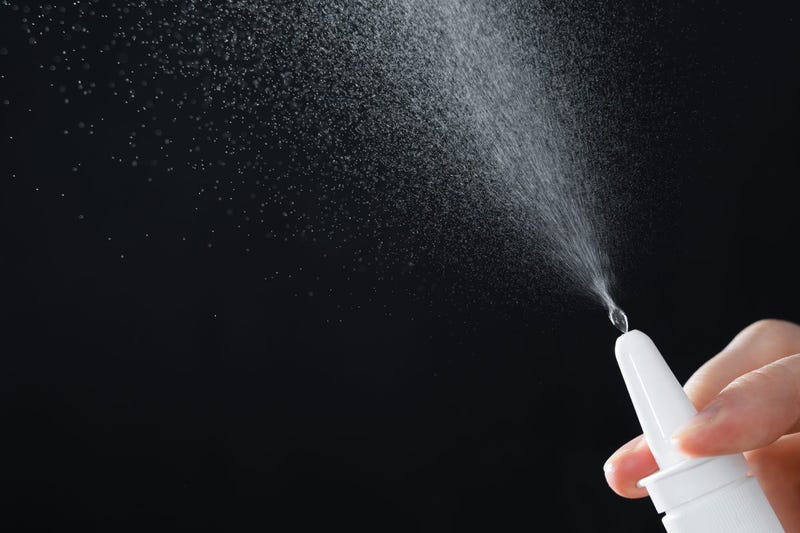 It could be a while before we see a widely accessible coronavirus vaccine, but UC San Francisco researchers say they may have come up with something that could tide us over until then.

They’re called AeroNabs: synthetic antibodies that can block the virus from taking hold in the body. The team says AeroNabs are effective, affordable and could even be administered in an over-the-counter inhaler or nasal spray.

The AeroNabs work by attaching to the virus and preventing it from invading our cells. "The AeroNabs stay on the spike protein for an enormously long time. So after weeks of measuring the affinity we still haven’t seen it come off the spike protein," said Dr. Peter Walter, UCSF professor and one of the co-inventors.

A research paper was released this week and found that in a lab setting, AeroNabs were effective at attaching to the virus and can even survive in powder or aerosol form.

The paper has not been peer-reviewed.

"We can make it for very, very cheap using either bacteria or yeast, making it in essentially industrial quantities," said co-inventer Asshish Manglik, assistant professor of pharmaceutical chemistry at UCSF. "It’s so robust that we can dry it down into a powder that enables us to ship it across the world."

Just as we now wear face masks and wash our hands to lower our risk of contracting the virus, the UCSF team says AeroNabs could become another way people protect themselves until a vaccine is available.

"Far more effective than wearable forms of personal protective equipment, we think of AeroNabs as a molecular form of PPE that could serve as an important stopgap until vaccines provide a more permanent solution to COVID-19," said Dr. Walter. And for those who may not be able to take the vaccine, it could become a longer term solution.

Clinical trials are expected soon and if things go well, over the counter access could be available in three to four months.

music
Wendy Williams gets candid about her upcoming biopic and motherhood: ‘Children are expensive!’
sports
Jimmy Butler lost more than 12 pounds in a week during bout with coronavirus: report
sports
Report: Deshaun Watson has requested a trade from Houston Texans
news
Crocheted doll of Bernie Sanders from Biden's inauguration sells for $20K online
sports
Deshaun Watson landing spots: Which teams could pursue Texans QB?
sports
Joel Embiid on LeBron's flagrant: 'if it was me, I would have probably been ejected'