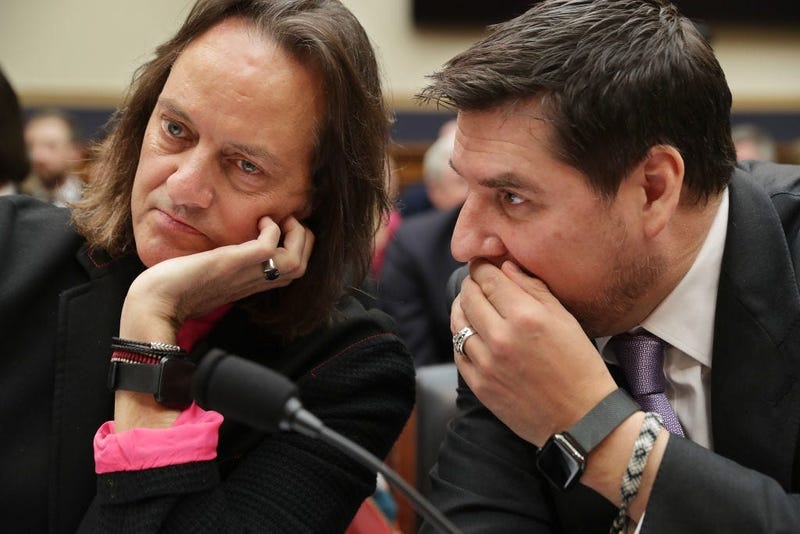 NEW YORK (AP) — A federal judge has cleared a major path to T-Mobile’s $26.5 billion takeover of Sprint, as he rejected claims by more than a dozen states that the deal would mean less competition and higher phone bills.

Though the deal still needs a few more approvals, T-Mobile expects to close it as early as April 1.

Once that happens, the number of major U.S. wireless companies would shrink from four to three. T-Mobile says the deal would benefit consumers as it becomes a fiercer competitor to the larger Verizon and AT&T. The deal would also create a new, but smaller competitor as satellite TV company Dish pledges to build a next-generation, 5G cellular network.

A group of state attorneys general tried to block the deal, arguing that having one fewer phone company would cost Americans billions of dollars in higher bills. Consumer Reports said the three remaining companies would have fewer incentives to compete on prices and quality.

Breaking News: T-Mobile is allowed to take over Sprint, a judge ruled. The merger would combine America's third- and fourth-largest wireless carriers. https://t.co/OmgiSsWDZi

The judge also agreed with the companies that Sprint was “at best struggling to even tread water” and would not last as a national wireless competitor. He also said that he is persuaded that the U.S. Justice Department’s side deal with Dish, which sets up the satellite TV provider as a new wireless company, would reduce the threat to competition.