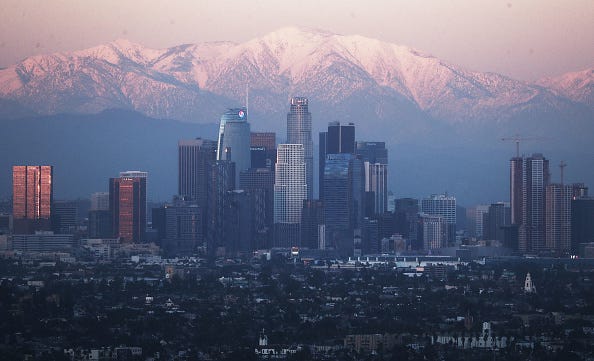 LA Mayor Eric Garcetti authorizes the city to shut off LADWP service in egregious cases in which houses, businesses and venues are hosting unpermitted, large gatherings amid the COVID-19 pandemic.

He said "starting on Friday night if the LAPD responds and verifies that a large gathering is occurring at a property and we see these properties re-offending time and time again, they will provide notice and initiate the process to request that DWP shut off service within the next 48 hours."

"While we have already closed all night clubs and bars, these large house parties have essentially become night clubs in the Hills," he said adding the parties are "unsafe."

Garcetti gave the example of the recent gathering in the Hollywood Hills this week.

Previously, Newsom has ordered the closure of fitness centers, houses of worship, hair salons and barbershops indoors, nail salons in those counties on the state monitoring list, which includes LA County, and other counties across the state.

Newsom has also reminded what's closed statewide - indoor operations at dine-in restaurants, wineries, movie theaters, zoos, bars including outdoors - and what was closed in certain counties on the state monitoring list like gyms, shopping malls and places of worship.