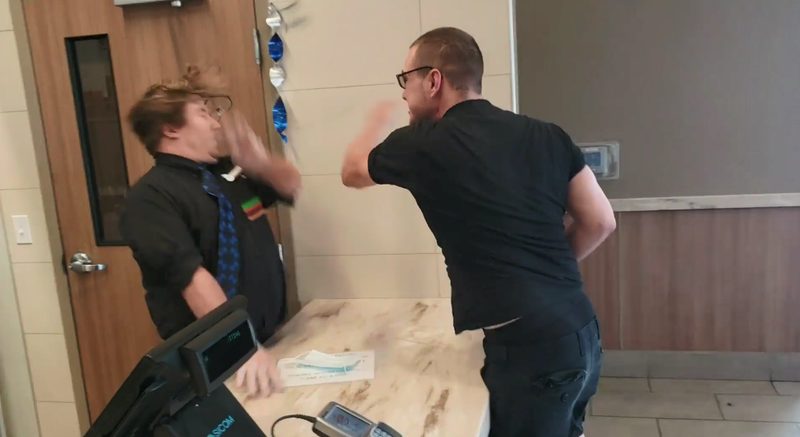 (Newsradio 1020 KDKA) - A Pennsylvania man is facing multiple charges after video of him slapping a Burger King employee was captured on camera.

Garret Reams, who filmed the incident tells KDKA Radio he and his co-worker Derek Bush entered the Burger King on New Castle Road back in June when they saw Addison yelling toward the front counter.

Reams says he at first thought it was a joke but then heard the suspect yelling about “some girl in the back needing to come out.”

He says Addison then threw a set of keys at an ordering screen behind the counter that damaged it.

It was at that time says Reams, that the police were called by employees.

Bush says that the manager along with several other employees asked Addison to leave several times prior to the slap.

Reams said he told Addison to “back off” and that he would be facing trouble that he didn’t want from authorities.

He was then shrugged to the side and that he when Reams says he started recording and the manager was slapped.

Reams says Addison then left the scene on foot and he and his coworker noticed the suspect talking to a state trooper “less than a half mile down the road.”

Addison was taken into custody a short time later.

An arraignment hearing is scheduled for September 22.