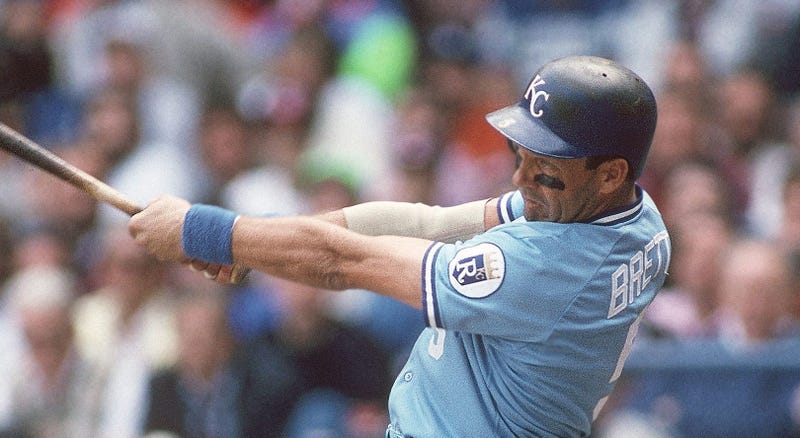 Now some of the items from the game that took place July 24, 1983 are up for auction.

The Royals were trailing at Yankee Stadium. Star third baseman Brett hits a home run to put his team ahead, but Yankees manager Billy Martin had the rookie umpire take a look at Brett's bat and how far the sticky pine tar spread toward the barrel of the bat, and the umpire calls Brett out.

Brett flew into a rage and had to be restrained, and the rest is history.

Several artifacts from the game are up for sale at Heritage Auctions, based in Dallas. The top items are Brett's jersey and the home run ball. The auction house estimates the jersey could fetch $100,000. The bat is in the Baseball Hall of Fame in Cooperstown, New York.

The Royals lost the Pine Tar Game to the Yankees, but they appealed, and won. The game was restarted almost a month later, picking up where Brett scored the home run, and the Royals were ultimately triumphant.

So take that, Billy Martin.