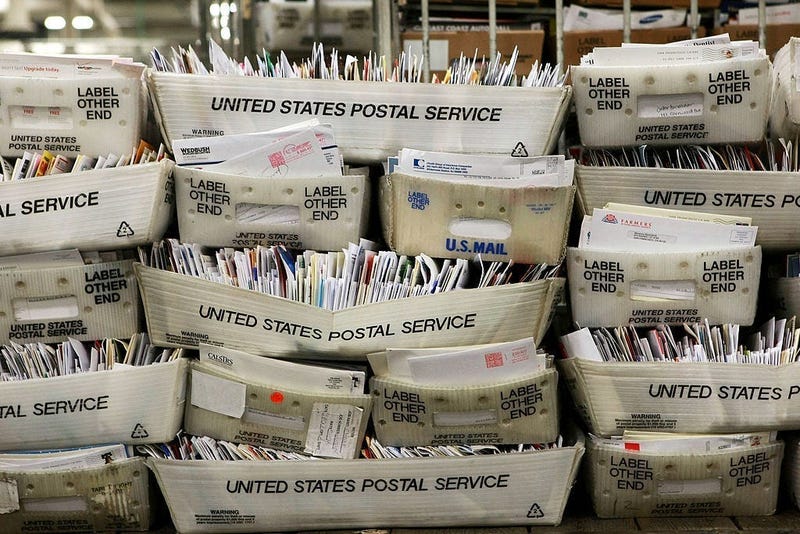 Joe Biden has received the endorsement of the National Association of Letter Carriers on Friday, a union that encompasses nearly 300,000 active and retired postal workers.

"Yet, while postal employees are on the front lines providing essential services to the public every day, the current administration refuses to provide the necessary financial relief that would strengthen the agency during this pandemic."

President Donald Trump said Thursday that he opposes additional funding for the U.S. Postal Service, acknowledging that his position would cut money Democrats say it needs to process an anticipated surge in mail-in ballots during the coronavirus pandemic.

Trump also falsely stated that Democrats were pushing for universal mail-in voting and made the unfounded claim that mail-in voting would lead to massive voter fraud in the November election. Polls indicate Trump is in for a tough reelection fight against Democrat Joe Biden.

The Republican president said on Fox Business Network that among the sticking points over a new virus relief package were Democrats’ demand for billions of dollars to assist states in protecting the election and to help postal workers process mail-in ballots.

sports
Jimmy Butler lost more than 12 pounds in a week during bout with coronavirus: report
sports
Report: Deshaun Watson has requested a trade from Houston Texans
sports
Deshaun Watson landing spots: Which teams could pursue Texans QB?
sports
Joel Embiid on LeBron's flagrant: 'if it was me, I would have probably been ejected'
1thing
5 tips to maintain zero-waste goals during the pandemic
sports
Cowher: Big Ben 'absolutely needs to play' for Steelers next season